Jiu-Jitsu: Is It The Ultimate Ego Inflater? 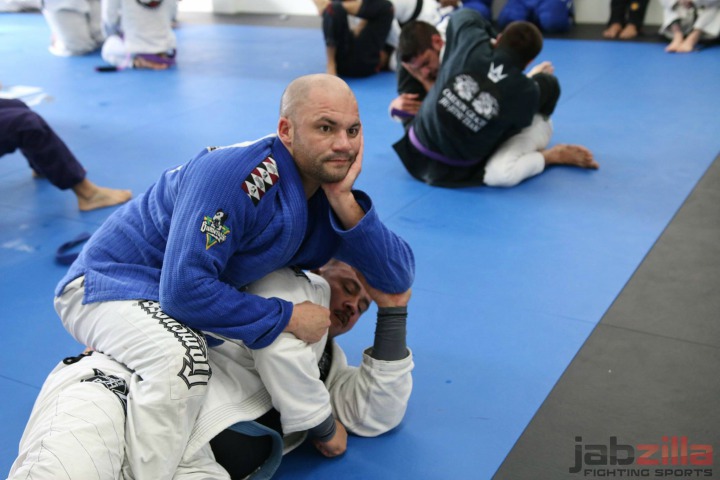 I’d like to reflect on a recent essay from Gaël Coadic (3rd degree BJJ black belt, Kenpo and MMA coach), which highlights some of the disrespectful attitudes of Jiu-Jitsu practitioners.

Regarding the ego. I have a definition that is related to spirituality and philosophy of martial arts. The ego is the illusive part of our being, which seems to identify us, it is fed by ‘doing’ and ‘having’, hiding the ‘I AM’, which is what we really mean to say.

The way of some martial arts  (because many others are very egotistical) emphasize cutting off the ego (Musashi Hogakure, Deshimaru …).

In absolute terms, we can not completely cut off from our ego, it’s just that in my martial arts path I was naive enough to believe that this was THE ultimate goal. Why ? Because the sentence “I am the best”, when you reach a certain age, unless you are completely focused on the illusion of the ego, should have totally disappeared. We practice a martial art, so we must find an opponent that is as good or even better than us.

The mats and social networks bring us back to reality, far from being philosophical. At the same time, let’s look at the origin of our beloved BJJ. Helio Gracie (he is aptly named for that matter- Helios is the Greek Sun God) was completely egotistical, even saying that his son Rickson was not as good as they said, shortly before his death . How to show that Jiu-Jitsu is THE most powerful battle system?  Starting a family as a clan of fighters, dedicated to the spreading the art, can be seen as extreme narcissism. 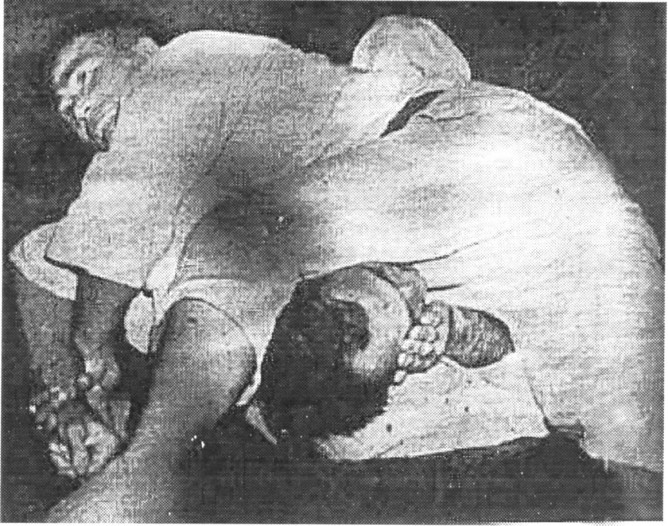 Helio Gracie did not want to tap to Judoka Masahiko Kimura, so his corner threw in the towel

Speaking of Rickson, in the documentary Choke, I believe, he said that he is ready to die in the ring and would never give up in a fight… In the ideal martial arts world, it’s beautiful, I would say noble, but once again it is completely egotistical. We do not live during a time of war or an aggression and a loss of life is not to help, support or save anyone.  It’s just to not have to give up … Give up what? The ego, the illusion of being unbeatable or ”unsubmittable” or …. (put what you want).

In defeat, we must face our illusions, our internal critics, our fears, our shadows. The shadows of our being that feed our ego. We can all see, we win a competition or a tough fight at the dojo, they flatter (sometimes unconsciously) our person, our technique, etc but when you lose it’s another story…

Tapping, give up … It’s like a taboo. I remember a discussion with a 5th degree BJJ black belt that I really appreciate. It was a few years ago. He told me that I was tapping too fast at the academy (by extension in competitions). I told him it was not important, the other beat me this one time, I stop and start again. For him this was not acceptable. It had surprised me, I had always thought that it was better not to force, and risk injury, but instead to continue through the failure and to improve, rather than go to the limit and have to stay a week or two off the mats from being injured.

Besides, something I still do not understand when I watch a fight: a training partner takes places the submission and there are between 5 and 10 seconds when the opponent is stuck, does not move, raises his hand to tap but waits, as if suddenly the guy was going to stop the submission … These little waiting times, are the marvels of the ego. No, ladies and gentlemen, we are not bigger warriors if we fall asleep or get our arms broken, when we can no longer escape and we have the chance to say stop. The mats, the ring or cage, are not a war or a street fight. The pride of the fighter at this point, is only the veil of his own arrogance.

Jiu-Jitsu and Luta Livre and by extension all submission sports, can lead us to develop an ego rather than cut it off. You do not want fight some opponents because you will get beat, or are out of shape. We are proud to have held our own and maybe not have been submitted but we have a broken arm. We show off our ranks and medals, rather than our human values. The funniest thing in this story is that we emphasize humility.

This virtue in the martial arts context is possible, if we begin to stop believing or identifying with the image that we want to give to other practitioners (and probably to ourselves). By going to see our shadows, our fears, our weaknesses that we encounter every day on the mat. Our way of being every day on the mat, is our way of saying ‘I’m authentic’, our failures, our tensions, frustrations during this time, allow us to achieve our full potential and to become enlightened martial arts practitioner on an endless path, of ‘true knowledge’.

I wish you all beautiful things for the new year.