Jiu-Jitsu Back Attacks Everyone Should Know 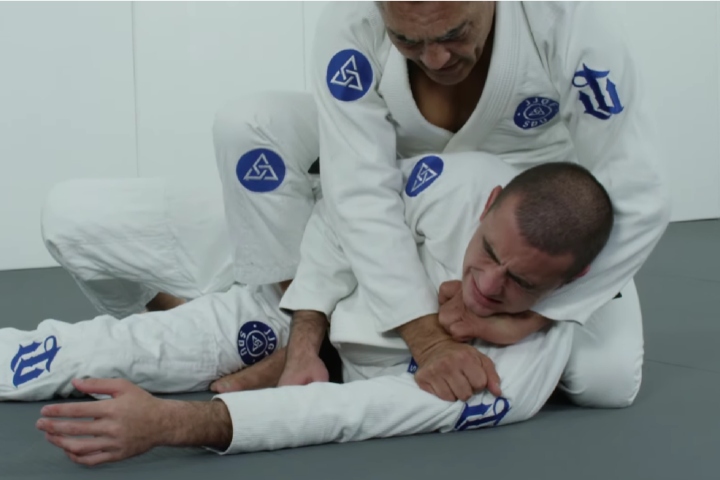 Whether you are training for a Brazilian Jiu-Jitsu match, a mixed martial arts(MMA) fight, or you are a practitioner training for the purely self-defense aspect of the art, you must be versed in the back position, or “back mount”. Like the regular mount, you are in a position of dominance over your opponent. In MMA, strikes delivered by your opponent will cause little to no damage. On the flip side, you are able to deliver furious blows in MMA, or in Jiu-Jitsu, you are able to control your opponent and attack with submissions, leaving your opponent desperate to escape – in the process, leaving themselves exposed to more strikes or submissions.

Understanding the back is critical to submitting your opponent from this position. Let’s go through 5 submissions that you should be aware of from the back.

Many times when you are controlling your opponent’s back, you can lock in a figure-four grip on the arm located on the side of your opponent that you have the underhook on. We have seen this control used countless times by Rafael Mendes. Simply release your gable grip, reach with the hand of your arm that is rested on your opponent’s shoulder, and with an overhand grip, grab your opponent’s forearm. Finish the figure-four grip by grabbing your overhooked forearm with your underhooking hand. This will leave your opponent with one free arm to defend with. Take that option away by using the same side leg as the overhooking arm to gobble that free arm up, rendering it useless.

To finish the submission, you will have to move your overhooking arm to clear your opponent’s head(still keeping the figure-four grip), while simultaneously establishing a temporary triangle with your legs. Once you have this temporary triangle in place, it’s safe to release one of your arms to grab your opponent’s head in order to tighten the triangle.

Another submission option from back control and the figure-four grip that is readily available should the triangle prove difficult to sink in, is the armbar from the back. The submission requires you to release the topmost leg of the triangle grip you have established, and bring it in front of your opponent, resting it over your opponent’s face.

Finishing this submission requires you to keep the figure-four lock secured, and then lean back for the armbar extension. An alternate finish would be to maneuver from the figure-four grip to double-wrist control, again leaning back to complete the extension of the arm.

Sometimes establishing and keeping control of the back mount can prove to be a difficult task. Your opponent will do anything and everything to escape this devastating position. Instead of trying to fight your hands, they avoid any sort of conflict and sink as low as possible, dropping their arms below your legs in an effort to escape out the backdoor.

Knowing this escape, you can be ready for this and cup their chin(chinstrap) with both of your hands. Finishing this technique you would triangle your legs over their neck for the 7-Year Old Choke, made famous by Jeff Glover.

Another way your opponent will try to escape back mount is by getting up to their hands and knees. This makes it difficult for you to keep good control as you are being thrown off balance from their constantly shifting weight. You can bail from this position and use what Eddie Bravo calls the Swim Move.

Knowing how to control the back mount or simply, “the back”, becomes crucial for any aspiring Jiu-Jitsu practitioner. From the back, your opponent is vulnerable to a plethora of submissions. We’ve looked at 5 common and easily attainable submissions from the back that you should be able to use on a daily basis against your opponents and training partners.