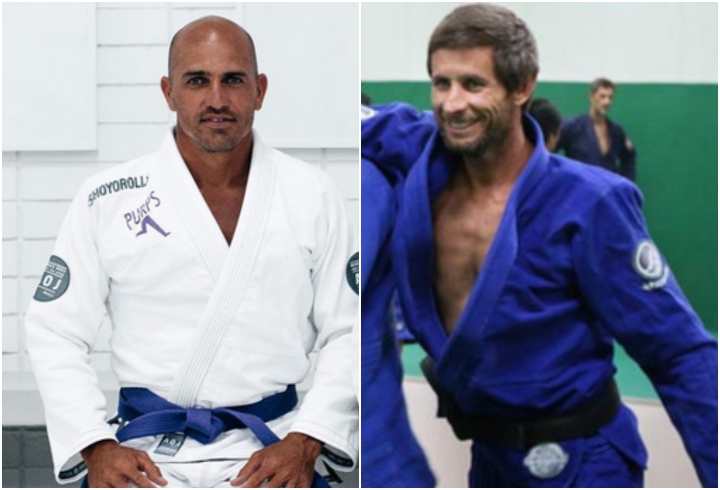 Is the beef real between Kelly Slater and Joel Tudor?

First, here’s the back story.

2 days (Thursday) Vince “Bear” Quitugua posted a photo of Surf legend Kelly Slater on his Instagram with the caption:

“Kelly Slater and Zach in a session with Mendes Bros , Shaun and PM. The world is a better place with Jiu-Jitsu.”

The photo was seen by BJJ black belt and Longboard surf world champion Joel Tudor, and he wrote a critical comment:

“Crock of shit – the guy has been wearing a blue belt for years in pics and always made excuses when I would call him on it! If he wants his belt , tell him to go sign up and put in the work like everybody else who starts at white and goes through hell to graduate to blue – anybody on here talking shit to me more than likely doesn’t train and has zero clue about Jiu Jitsu.” 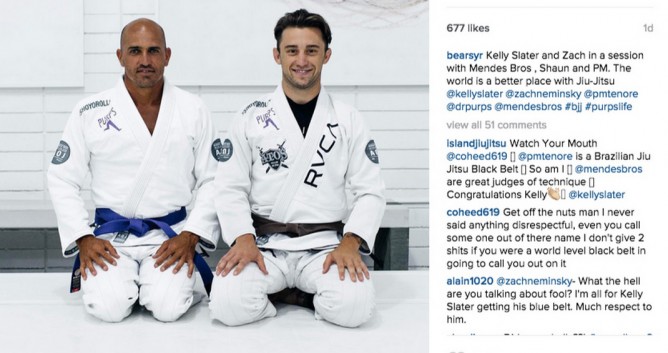 The other man in the photo, @zachnminskey replied:

“Why are you even jumping in to this conversation? It’s completely irrelevant to you in every way, shape and form. You are missing message of Jiu Jitsu which should be to try and build the sport worldwide. Bear posted this photo to celebrate the cross over of different communities, not to judge one person by the stripe on their waist. It’s not like it’s a fake black belt like we’ve seen recently. I’m pretty sure, being that I’m the other person in the photo, that Kelly wants to simply understand the sport and has been training for long enough to do so. I trained with him first hand and I can say, he is most definitely a blue belt, formal promotion or not.”

“I didn’t have a belt and that’s all they had handy. Chill out.”

Now the whole world thinks that this beef is real. But Robert Zepps, the founder of Studio 540, where Joel Tudor is an instructor, set the record straight and let us know that Slater and Tudor are actually very good friends and that Tudor is just trolling.

You need to talk to Joel. The whole Kelly Slater thing is getting blown out of proportion. Bjpenn had an article where Joel apparently “slams” Slater for wearing blue belt. In reality they are best friends and he was just busting his balls. But from articles you would think it was a real beef.