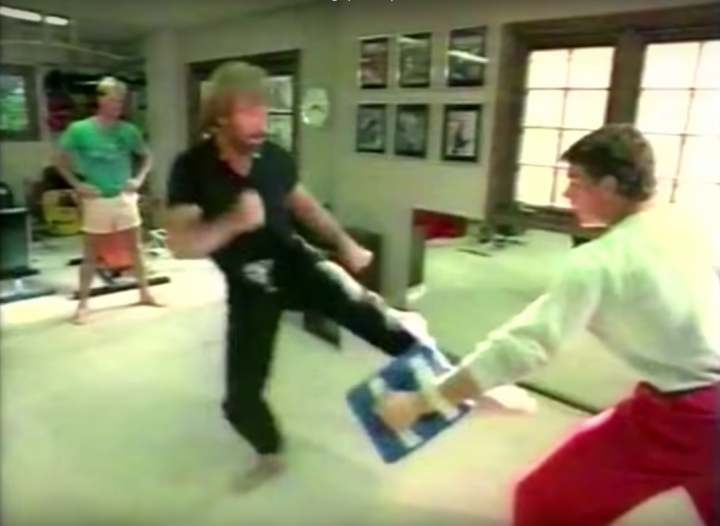 In this video,  we can see the two martial arts and hollywood stars Chuck Norris and Jean Claude Van Damme training together for a German TV program in 1984.

In the footage, Van Damme is holding pads for Norris who is displaying his kicking arsenal. 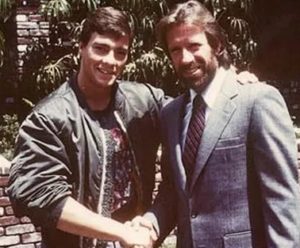 The two go way back. In the early 80s, Jean-Claude Van Damme had just moved to Hollywood. He was doing some small jobs to survive in Hollywoood. He met Chuck Norris who gave the ambitious Van Damme a job as a bouncer at his bar Woody’s Wharf, in Newport Beach and his first role in one of his action films, Missing In Action.

The rest is history.