Javier Mendez: “Khabib Has Never Been Submitted In MMA Sparring” 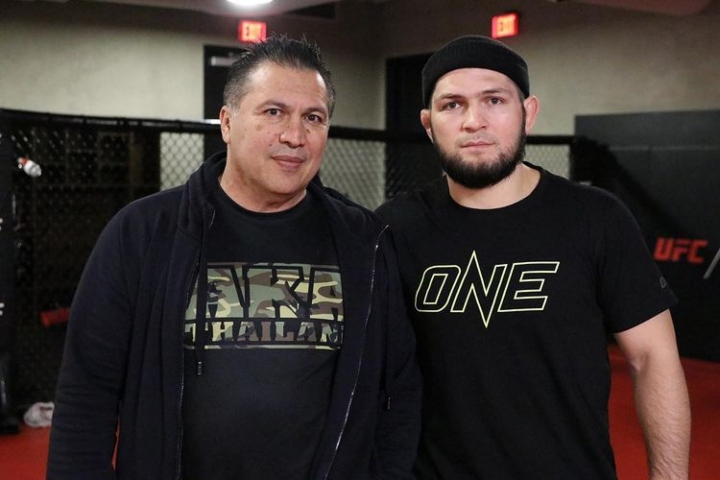 It’s more than well-known that Khabib Nurmagomedov was, and continues to be, a force of nature… But not a lot of people truly understand just how dominant Khabib’s grappling and MMA skills are.

In fact, they’re so dominant that, according to his coach Javier Mendez, he’s never been tapped out in sparring.
Here’s what Mendez had to say, in an interview on “Real Quick with Mike Swick”:

He might lose a round here and there, never lost a sparring session; never been submitted, never been close to being submitted in actual MMA sparring. Never.

However, there was a particular situation in which Nurmagomedov was close to getting submitted. Mendez elaborates:

The only time I seen him close to being submitted was one time when Kyle Crutchmer.

I was like so shocked, dude I was about to go, grab my camera and go: “Oh okay, I got him. I’m gonna film him get actually tapped out.”
And he got out of it. And I was like: “How the effin’ hell did he do that?”