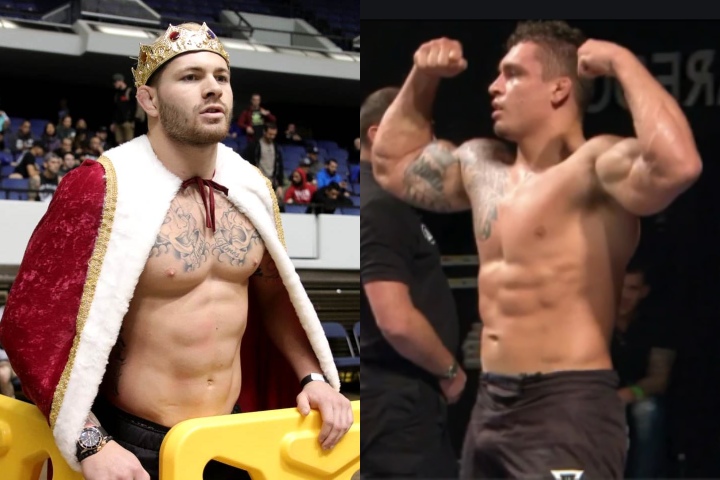 Along with big MMA events UFC 251, LFA and KSW, this weekend will also be filled with big events in the world of professional Jiu-Jitsu. This Friday 10th of July, Fight 2 Win promotes its 146th event, in Austin, Texas. On Saturday 11th, Third Coast Grappling promotes another event, in Houston, with a No Gi GP that promises great match ups, in addition to three super fights. Also on Saturday, Polaris resumes its activities and, in its 13th edition, promotes a GP in the under 90 kg category and a super fight. Finally, on Sunday 12th of July, there will be Submission Underground 16, in Portland, with good matches scheduled.

As in the last events, Third Coast Grappling promotes another GP this Saturday 11th, where the winner will earn US $ 10,000. In all, there will be eight fighters in action: Roberto Cyborg, Lucas Hulk, Roberto Jimenez, Nick Rodriguez, Arnaldo Maidana, Fellipe Andrew, Gabriel Almeida and Guilherme Augusto. The initial first matches are already defined, with emphasis on Cyborg x Maidana and Hulk x Andrew.

The event will also feature three other super fights. A big name in Jiu-Jitsu these days, Gordon Ryan will do an exhibition match for charity against Brian Martin. The other two matches will be female, with Maggie Grindatti facing Vedha Toscana and Mona Bailey facing Natalia Santoro.

A post shared by Third Coast Grappling (@thirdcoastgrappling) on Jul 9, 2020 at 7:12am PDT

Considered one of the main events for Pro Jiu-Jitsu, Polaris Professional resumes its events this Saturday 11th. In its return edition, the organization will promote a No-Gi GP up to 90kg, where the winner will have the prize of US $ 10,000. Bradley Hill, Shane Curtis, Ross Nicholls, Dominic Dillon, Tom Breese, Fred Vosgrone, Silviu Nastasa and Taylor Pearman are confirmed competitors in the tournament, in clashes that already start in the quarterfinals. Polaris 13 will also have the super fight Jed Hue x Dinu Bucalet.

A post shared by Polaris Professional Jiu Jitsu (@polaris_professional) on Jul 8, 2020 at 6:01am PDT

Finally, on Sunday 12th, the 16th edition of Submission Underground will take place. In the main event, Craig Jones, considered one of the prominent names in Jiu-Jitsu No-Gi, will face Mason Fowler, while in the co-main event, the female match up between Erin Herle and Amanda Loewen promises to be exciting. The card will also feature the participation of the experienced Kevin Casey and Jake Ellenberger, who will face Richie Martinez and Micah Brakerfield, respectively, in addition to other preliminary matches.

The official #SUG16 order for Sunday on @ufcfightpass …who are you picking as the winners? Put your predictions 👇

A post shared by Submission Underground (@submissionunderground) on Jul 10, 2020 at 9:29am PDT