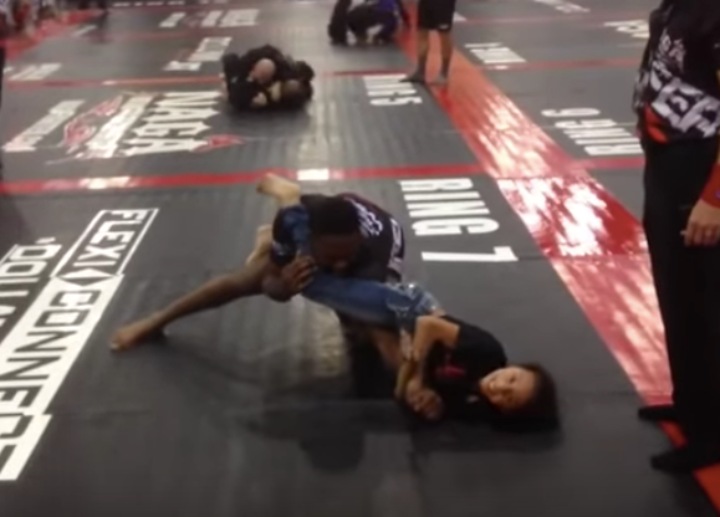 The champ was very playful as you can see by the way he was smiling and letting his opponents work their games on him, until he would decide to shift gears and easily overpower them and submit them. He had 2 very nice guillotine finishes in the first 2 matches. He then had a fun match with a little girl who ‘submitted’ him with an armbar.

Jones is of course a decorated wrestler and BJJ purple belt.