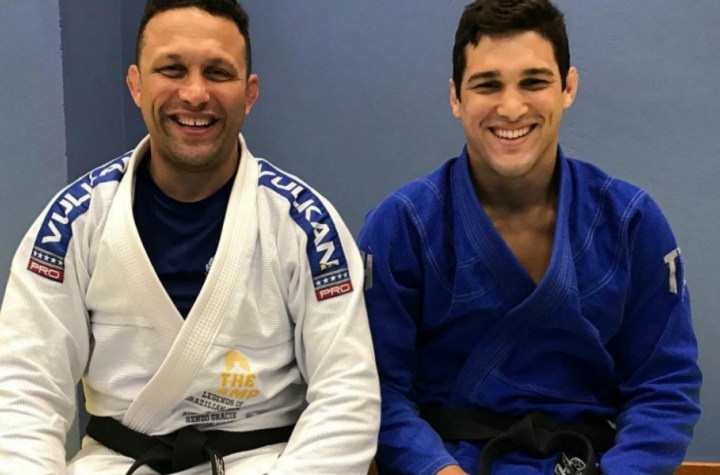 „Am I getting too old for BJJ?“ As time passes, and the months and the years of life accrue, you might start worrying and asking yourself if you’re getting a bit old for Brazilian Jiu Jitsu… And if yes, then what does that mean? Should you give up competing? Do you need to roll lighter? Should you stop going to class as often as you’ve been going so far?

The answer doesn’t have to do anything with your „real“, biological years; but it has everything to do with how old you feel you are. In other words, just because you are of certain age doesn’t mean anything! You could be 80 years old and still feel as light as a feather on the mats. Moving through the transitions, catching submissions and having a great time; just as you did back when you were only a one stripe white belt… Or you could be as young as 20 years old, with only two years under your belt and feeling as stiff as a brick already. Not being able to move efficiently at all; with your back aching every time after training, always injured and generally feeling as if you’ve been training non-stop for an eternity.

Therefore, what supersedes your biological age, for a lack of better words, is your „how I feel“ age. Go on, ask yourself: „How do I feel?“ Do you feel good when you’re on the mats? Do you feel strong and powerful, or frail and weak? Even more so, do you expect each training session and competition with a smile on your face – or with a frown?
It doesn’t matter how old you are, but how old you feel.

So, when you ask yourself those questions from the introduction – if you should stop competing, roll lighter, train less often – and numerous other ones which will pop up with time, don’t do so because of your age! If you feel well and healthy on the mats, then there’s no reason to think of these things through the scope of your biological age.

Instead, focus on your well-being. Ask yourself: „How old do I feel?“ If you feel as if your back aches way too often and that your hips are really tight, it might not mean that this is due to your age; but due to the fact that you stretch once a month (if your teammate makes you do it). So, get some Yoga training in and make it a habit of stretching regularly after your BJJ sessions. If you sense that it’s something more serious; such as a pain which shouldn’t be dealt with on your own – it doesn’t have to mean that you are done for. It might mean that you should make a trip to a doctor’s office; where, after a few consultations and physiotherapy sessions, you’ll feel as good as new.
If you get injured often, it may simply mean that you should find a few prehab exercises that will strengthen those lagging muscles and tendons… Not that you’re too old for BJJ!

Simply said, if you don’t feel as healthy as you would like to feel on the mats, don’t try to put the blame on your years. Sure, biological age can be a factor – but in the end of ends, you can’t control it! What you can control, however, is the degree of effort you put in your BJJ well-being… If you elevate it, you’ll feel a lot younger than you might be.