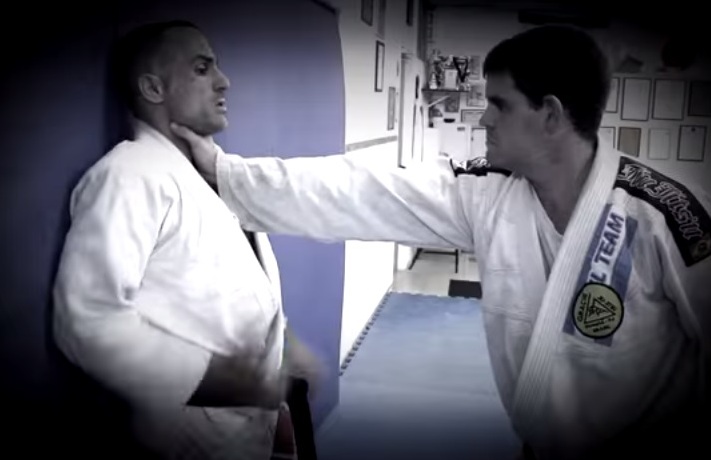 Moshe Kaitz is a Black Belt under Royler Gracie and David Adiv, and the head instructor of Gracie Humaita Israel.
He has been training a lot in Brazil, in the original Gracie Academy, under Masters Royler and Rolker Gracie and in the USA with Master Royler and Professor Adiv.
He is considered to be one of the best black belts of the self defense aspect, among the Gracie Humaita international association around the world.
Kaitz also has 8 MMA fights(6 wins- 2 decision loses) when in his last fight, that took place in 2010, he had an unprecedented win for an Israeli fighter, over UFC veteran and title contender Hermes Franca.
Moshe Kaitz talked to BJJEE.com about Gracie Jiu-Jitsu as a self defense system and his opinion about Kravmaga:

“The day i saw Royce Gracie beat Dan severn at UFC 4 (more then 6 years after the fight happened), i knew that my journey in the martial art has come to a turning point. things would never be the same again.
i started training in Gracie Jiu jitsu after years of doing Karate and had some experience in other systems of martial art.
Gracie Jiu Jitsu was new and refreshing for me. for the first time i felt that this is something beyond theory, something that can really gives me practical skills of fighting.

i was fascinated to see small guys like Royce, Royler, Renzo and even Rickson(he(Rickson) wasn’t so small but was facing giants in combat), defeating much larger opponents with pure technique.

what impressed me the most, is the way they defeat their opponents. they didn’t win because they were stronger, faster, more aggressive or explosive. they won because they had the ability to control their opponents. they put them in a situation that had no other alternative for their opponents, but to give up! and many times they didn’t even needed to hurt them.
to defeat a big, strong opponent, without hurting him, to me this is the best expression of superiority of your technique and skill.
this is what made me want to master this art. this is what made me to be a strong believer of the real Gracie way, and the more i have learned, the more convinced I became in following this road, philosophically and technically.
There is no doubt that the rise of sport bjj tournaments hurt BJJ as a complete martial art for self defense.
people are more focused in learning modified sportive techniques that can help them win tournaments. they don’t pay enough attention of the real fundamental techniques which designed to help you survive real fight situations, standing up and on the ground! 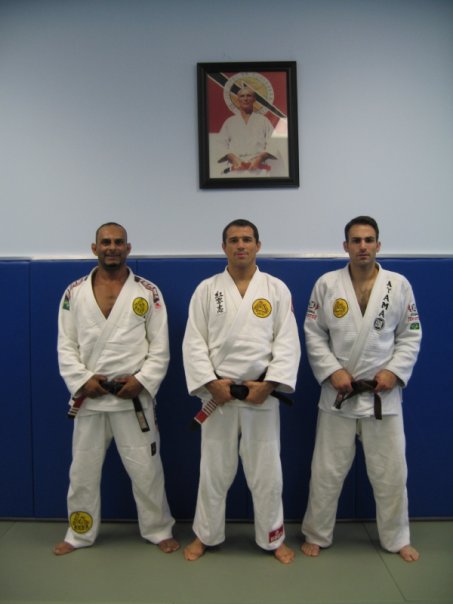 in more simple words, they don’t know Helio Gracie self defense program which is the real BJJ that was exposed to the world!
the revolution of the BJJ came from that, not from sport BJJ tournaments!
what opened the world’s eyes, was the real and traditional GJJ!
as BJJ was losing its credibility through the rise of sport BJJ, Krav Maga was gaining more and more reputation as the ultimate self defense system, especially in USA.
there is no doubt that the fact that Krav Maga was associated with the Israeli Army contributed a lot to that reputation.
but, what a lot of people don’t know is that the Krav Maga that is been taught in a lot of schools, especially in the US, is very different from the original Krav Maga which was developed by Master Imi Lichtenfeld, the creator of this system.
A lot of schools in Israel, USA, and other places around the world, teaching all kind of variations of things and they are calling it Krav Maga, because of the marketing power of the name.
a lot of these schools, combine BJJ(and sometimes in a bad way) and elements from the world of MMA because it is popular thing to do, but this is not Krav Maga!
personally, i have never learned Krav Maga in an orderly fashion, but i attended some seminars, watched live demos, shared ideas with Krav Maga instructors and was conducting GJJ classes to some groups of Krav Maga where i learned something about their approach.
in my opinion, it is a good martial art and you always can learn and adapt good things from it(and others martial arts as well), but there is no doubt for me, GJJ is much more efficient with its self defense approach.
Of course, this is my personal opinion and for sure i am not objective as i am a GJJ teacher, and only teach GJJ program.
but i really believe in this!! 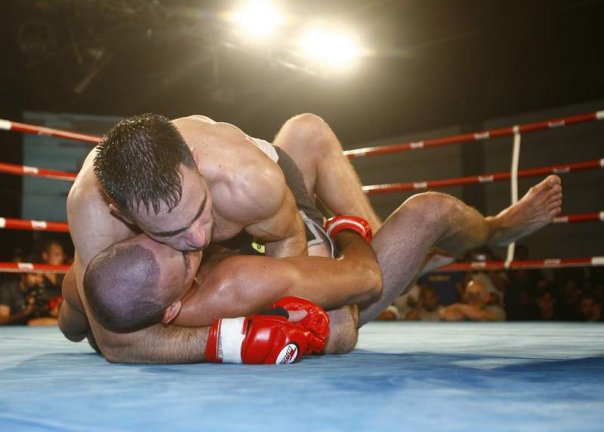 the biggest advantage in favor of the GJJ, is that it emphasize the principle of leverage in a much better way.
Krav Maga relies a lot on speed, aggressiveness and explosiveness. the problem is many people, ordinary people, don’t possess those abilities.
Krav Maga teach you to escape bad positions by forcing yourself out of them, using speed and aggression, trying to hit weak points of the body.
the problem is that against a bigger, stronger and aggressive guy, this is not going to be easy and many of the simulations they are practicing are on the theory level, since you are not really hurting any weak points of your partner’s body.
a lot of time it is not going to be so easy as it is demonstrated, to hit those weak points successfully!
GJJ in the other hand, is teaching you how to put yourself in a comfortable position where you can neutralized your opponent’s ability to hurt you. you learn how to control the position and the situation, by using leverage.
i have a lot of confidence in those techniques, because i used them successfully against heavier and stronger training partners, who used force to resist.
but since you use pure leverage, their resistance did not work. GJJ teaches you to put yourself in a spot where you are safe and in control.
In order for your opponent to resist, he needs to change the position. but when he tries to change something, he creates a better window for you to escape.
for example, if someone holds me in a certain way(head-lock bear-hug or whatever), if he keeps holding, i will escape. sometimes the tighter he holds the better leverage he gives me to escape. and if he tries to change the position and hold me differently, he gives me a bigger window to escape these bad position.
what Krav Maga is missing in my opinion(and not only Krav Maga), is the understanding that you can not always escape from a bad position right away.
if it is possible, great. go for it! We do it in GJJ as well. sometimes you can neutralize your attacker immediately!
but sometimes you can’t. so, you need to learn how to defend yourself when it happens and feel comfortable as much as you can in that bad position, until you are able to escape.
if your defense is good, the window for the escape will always appear.
so, to sum it up, we can say that defend a position and escape a position, is not the same.
sometimes your defense is an immediate escape, but sometimes it is not the case.

i believe that against a stronger attacker, first you should try to put yourself in a safe position, unless you can escape right away. but again, it is not always the case especially against stronger attacker.
I will give another example, lets say a bigger guy is trying to swing at me. i would never try to exchange punches against a big heavy guy. even a good boxer or kickboxer(who are by the way much better strikers then Krav Maga guys) would have difficulties against a much bigger opponent.
In GJJ we would never try to this. What is more simple and smart then to close the distance and put myself in a spot which I feel safe? There are 2 spots for me to be in. I can stay far from him, or very close(clinch) to avoid danger.
is there a better strategy to handle that situation? if there is, i haven’t find it yet.
those are only a few examples.
again, i am not saying Krav Maga is not a good self defense systems. on the contrary, i think it is one of the best martial arts out there. of course, i am talking about the real Krav Maga not those who just use the name to promote their schools.
But, with all the respect to the original and real Krav Maga, i am a Gracie Jiu Jitsu all the way and really believe its superiority over the others martial art.
when you really take the time to learn and explore these techniques of GJJ, and not from youtube or books, but from a real and good teacher, then you will understand how efficient it is (books or DVD is good, but not enough).
i am glad to see that these days, there is a new interest in the self defense aspect of BJJ.
like my teacher Royler Gracie say, most of the people don’t compete and even those who are , only few would be professional competitors.
better to focus on learning how to defend yourself.
you can still do the sport and roll, train and have fun. it is part of our routine. but don’t neglect the self defense aspect if your really want to experience the real JiuJitsu as a martial art and learn something you can really use if you need to.