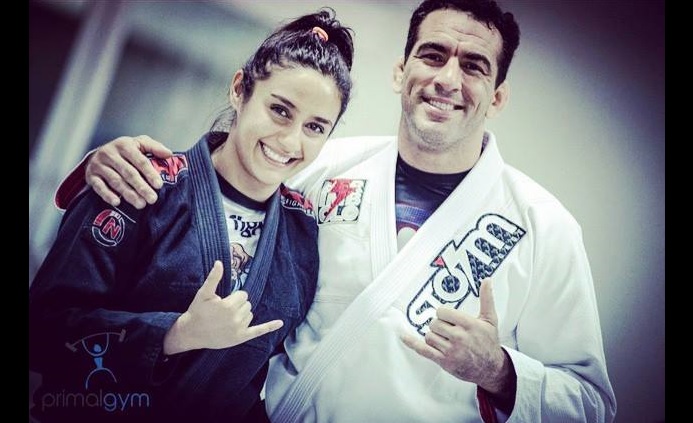 Jiu-Jitsu is helping to break barriers and taboos all across the globe.

Ishtar Azzawi (Feel free to like her Facebook page and her page Arab Girls in Gis) is a professional BJJ athlete and competitor, blue belt under Professor Helder Medeiros. She is sponsored by KBBOGROUP

She wrote this interesting essay on how Jiu-Jitsu is helping her to break barriers in the Arab world. She has the full support of none other than the ruler of Abu Dhabi Sheikh Mohammed Bin Zayed and his brother Sheikh Tahnoon Bin Zayed (founder of the ADCC). 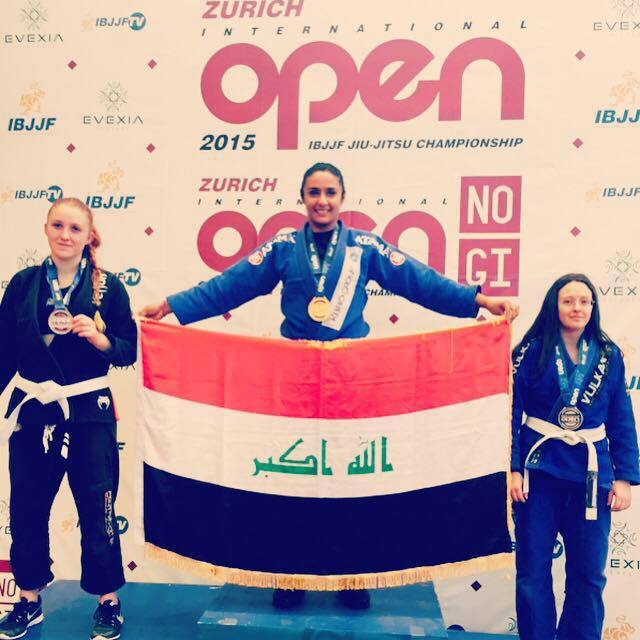 Here is what Ishtar had to say:

“Being an Arab Muslim girl that trains and competes in BJJ I get alot of criticism “It’s a man’s sport” or “Why can’t you do something more feminine” “this sport isn’t for women” “Are you a lesbian?” “You’re an Arab women not Western” the best one so far is “no man will accept to marry a girl that fights”

I wasn’t really going to speak out about this matter but if I don’t, if we don’t who will? Why should Arab women be made to feel bad about training jiu-jitsu ?

The crazy thing is if I were to go out every night and smoke shisha or to a bar I don’t think I would be given as much grief as I do now, they call me “westernized” regardless of where I grew up I am Arab and a proud Muslim, I participate in a sport that has given me confidence, drive, happiness and I feel that I can protect myself in most situations now.

The amount of women that have been exposed to rape, abuse, muggings and mental or physical abuse not only in the Middle East but the whole world is worrying, I personally believe that every women needs to learn how to defend herself, and not only that but gain self confidence to steer away bullies.

Stop this judging taboo and start supporting us! We are the pride of the Middle East we are proudly carrying our homeland flags, we work 9-5 jobs and we manage to look after our homes and train and compete. We deserve more than you nasty remarks and criticism!

I am also so saddened to see that some women have been given ultimatums to stop BJJ if they get married, or even refused marriage because their partners do not accept for and Arab woman to participate in such a sport, we should be encouraging more women to participate so we can create strong ladies teams!

And to all our male sparring partners if you can’t leave your egos at the door then don’t step on the mats. BJJ isn’t just a physical discipline it’s a mental one too, and on the mats we work just as hard as you do! We all are very familiar with that one guy that will either smash to prove no girl can beat him or treat u like your a China vase that will break… Or you get the guys that will completely ignore your existence because they see you as a waste of mat space! This is unacceptable and this is definitely not a jiu-jitsu mind set !

An example of great Arab men that support us is SHIEKH MOHAMMED BIN ZAYED AND HIS BROTHER SHIEKH TAHNOON.. I think a lot of men should ask themselves if BJJ isn’t for women then why would our leaders implement it into every school, and create a national team for girls to compete here and internationally!

Our leaders are great examples of how you should be!

So next time you have something negative to throw at us, our response to you is;
WE ARE MOTHERS,SISTERS, WIVES, AND DAUGHTERS, WE ARE WARRIORS, WE ARE FIGHTERS, WE ARE GENTLE YET WE ARE STRONG AND WE HAVE ENDURED ENOUGH!! STAND WITH US AND NOT AGAINST US! Please share to show some support for WOMEN IN BJJ! ”

“Leadership by Example”. Her Highness Sheikha Maitha bint Mohammed bin Rashid Al Maktoum participating in her first Jiu-Jitsu event, which came as a surprise to many people who never knew she started training in Jiu-Jitsu. Her participation is important not in terms of what medal she received, but in the effect it will have on the UAE female population and their acceptance of the martial art/sport.

Sheikha Maitha is part of a long list of UAE royalty that train Jiu-Jitsu. Some of the most famous ones are BJJ black belts Sheikh Tahnoon Bin Zayed Al Nahyan (founder of the ADCC) and Sheikh Tariq Bin Faisal bin Khalid Al Qassimi of Sharjah.