Is Your Belt Too Long And Keeps Falling Off? Try This! 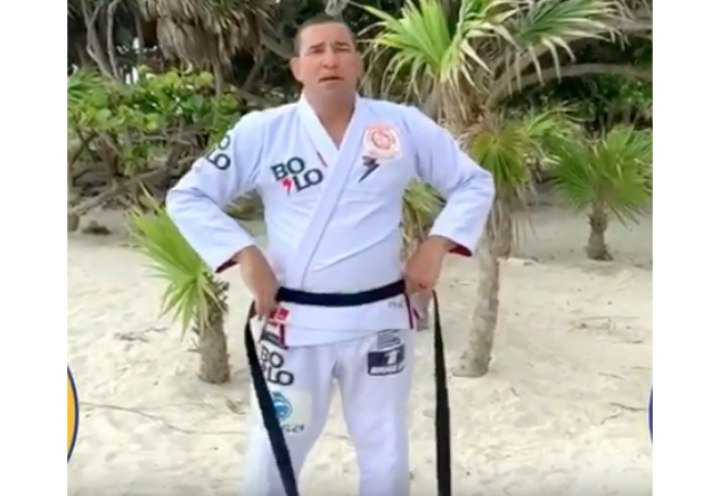 However important as it may be to know as many principles and techniques as possible, it is equally important to know the very basics – for example, how to tie your belt properly!

Even though that may be a simple thing to learn (and often the first one we learn in our class), as in all things BJJ-related – there is always room for doing it better. Especially when your belt is too long or when it keeps falling off when you roll.
Rodrigo „Comprido“ Medeiros, one of the greatest BJJ competitors and coaches of all time, will teach you how to take that next step in your belt-tying journey.

1) First of all, of course, you need to tighten up your Gi. Then, split your belt in half so that it has the same length on both of its ends.

2) Then, professor Comprido says that you need to place the belt on your waist so that it is below your belly button. Go around your waist with it.

3) Tighten it up on your hip once you’ve made the full „go around“ and cross its two ends.

4) Bring one end of the belt under all of it, so that its both sides are „underneath“.

5) Now, professor Comprido says that you need to bring the tip of one side of your belt in-between the two sides of it. Don’t tighten it all the way; leave a bit of space, so that it forms a small hole.

6) You will use this hole to bring the other end through it. Then, bring that same end in-between the two sides as well.

7) Pull both of your belt’s ends tightly, and you are ready to roll!

Professor Comprido says that the person who taught him this was Roger Gracie. So, give a shot to following Roger’s and Rodrigo’s footsteps – and start tying your belt this way!

Professor Comprido explains it wonderfully in the video below: