Is There A Better Way To Structure Brazilian Jiu-Jitsu Classes? 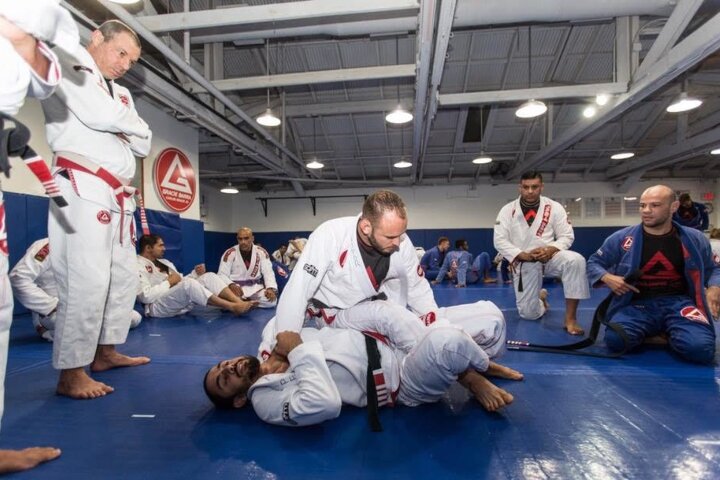 Brazilian Jiu-Jitsu classes usually consist out of: warm ups (with things like front rolls, shrimps, etc.), technique demonstration and drilling (usually with 3-4 techniques being shown and drilled) and rolling at the end. However, is this an optimal way to structure a BJJ class?

Kit Dale doesn’t believe it is. In his opinion, there is a better way to structure and organize a class – here’s how.

HOW TO BETTER STRUCTURE A BJJ CLASS?

Of course, the class has to start with a warmup. However, Kit emphasizes that warmups shouldn’t look the same for everyone. Rather, they need to be catered to the individual; for their body type, their injuries background, and the (pre)existing limitations their body has.
In addition to that, warmups shouldn’t be about going through the motions. Instead, students should engage in problem-solving, for Jiu-Jitsu is all about the ability to solve problems.

Then, the class. Kit doesn’t immediately “jump” to technique demonstration, though.
Rather, he explains the “why” first; why the technique is important to learn, what the concepts and principles behind it are, how the body mechanics work… He wants his students to understand the technique before they look at how to do it.

After that, they go into the experimentation phase of the technique. The students play around with the position; Kit makes it a point for them not to merely copy what he’s doing… But, rather, to try things out and figure out what some of the problems/counters the technique might have.
Once that part is done, Kit makes his students do what’s essentially positional rolling. They get into a position that they’re working on and then use what they’ve been explained and shown. Then, Kit answers the questions that students have about the position and/or shares some additional tips with them.

Of course, at the end comes rolling. But he doesn’t just let anyone pair up with anyone else. He rather prefers pairing students in such a way that both of the training partners can gain as much from the roll as possible.
Essentially, Kit emphasizes the importance of learning through trial and error, rather than through repetition. Watch the video below for more of his thoughts: