Is The Concept Of Jiu-Jitsu “Family” Just Fake? 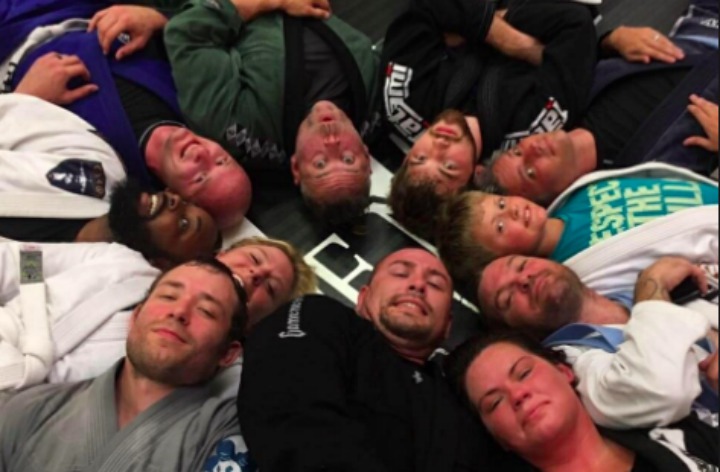 ‘BJJ Family’ Reality or Fake? What happens when your teammates stop training? Are they still your family?

Brazilian Jiu-jitsu is one of the disciplines that takes the most effort to master. On average it takes about 10 years of regular training to get a black belt – but the average practitioner never really gets there.

Those of us that are willing to put in the time, make a family in the process because all that time being spent together surely produces quite a few familial connections, business partnerships or even love stories.

World famous for his high quality videos Jason Scully didn’t hold back penning a mini essay on this:

Of course jiu-jitsu factors into zeitgeist and friendships are in crisis in the time of millennials due to high work demands and the wedge that social media drives between us.

Vassar College Professor Ronald Sharp recently spoke of friendships: “People are so eager to maximize the efficiency of relationships that they have lost touch with what it is to be a friend.” he stated to the New York Times earlier this month.

And similarly in terms of bjj proximity and spending time together plays a major role in the concept of bjj family. Once someone stops training the priorities change and naturally you start spending less and less time together.

This isn’t simply growing apart – it’s incredibly painful too. The convenience and opportunities for interaction fall by the way side so a lot of these connections fade away or simply cease to exist.

BJJ also gets you to meet a lot of people you would’ve never met otherwise because depending on your location and socio economic standard people have different motivations and goals when it comes to bjj. Some train in hopes of becoming pro competitors, others are focused on MMA, yet majority of jiu-jiteiros are just looking to blow off some steam caused by real life issues or even obligations to our own families.

Chemically speaking, plenty of hormones and contact make for bursts of oxytocin, beta-endorphin, noradrenaline and even serotonin. All of these make forming bonds that much easier, but similarly without the reaction and common ground does the relationship fade?

There’s no simple answer. It’s all individual and on case by case basis. The modern age highlights the similarities between us and our friends but similarly it also gives us chances to be introduced to the sides of our friends we never even suspected them of having due to social media and the ability to observe their interactions 24/7.

BJJEE’s editor, BJJ black belt Gile Huni had this to say on the subject:

I’ve been training BJJ 16 years and saying “BJJ Family” is fake and a bit cultish in my opinion, because at the end of the day 90% of the people that you train with today are going to end up quitting down the line (it’s a fact) or switching teams or moving to another country, and then what? I’ve seen it happen again and again. My students and teammates are my (very) close friends, my crew, my tribe and I care for them, but I have a real family and I would die for them in a second, and for me blood is thicker than water and is a link that is deeper than Jiu-Jitsu. So while the likelihood is we will always care about the people who have been significant parts of our lives for extended periods the reality is the family factor of it will likely fade once someone’s priorities change.