Is Sacrificing Your Free Time For Brazilian Jiu Jitsu Really Worth It? 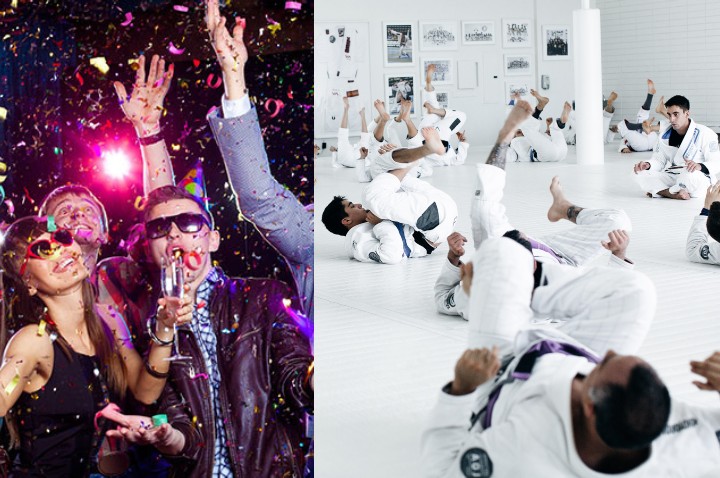 Truth be told, Jiu Jitsu takes a lot of time. It’s not just about the training; but there’s the getting ready part, travelling to the academy part, showering after training part, driving back home and doing the laundry part… All in all, taken together, it’s comfortable to say that the average Jiujiteiro spends around 3 to 4 hours on BJJ per day. Now, add to that the other obligations you have; your school or/and work, the studying hours, the sleep, the meals… And, as it turns out, Jiu Jitsu takes out almost all of your free time.
Is it really worth sacrificing this free time? Well, it depends.

ARE YOU REALLY SACRIFICING ANYTHING?

Before anything else – before you set out to talk with the people around you and ask how is it that they really feel about your Jiu Jitsu training habits – you have to be frank with yourself first. That is, you need to understand whether or not the „sacrificing“ part is really true… Do you consider the time invested into BJJ to be a sacrifice? You will, one way or another, spend your 24 hours; and so is the truth with those 3-4 hours you spend training. Even if you didn’t train in those hours, they would still be spent doing some other thing.
So are those hours, invested into BJJ, a sacrifice? They are, if you think that there’s something else – something better – that you should be doing with your time.

The thing is, you should be honest about your goals in BJJ and if they correspond to the time you’re investing into them. Do you plan on becoming a world champion one day, or to become an instructor with his own gym? Do you plan on turning Jiu Jitsu into a career of yours, something which will generate revenue for you and your family, one way or another?
If so, then all that time you’re spending on BJJ is more than welcome. We would even argue that you should spend more of it, with goals like these!

Also, if Jiu Jitsu is simply an activity that you find most peace with… If it’s something which clears your mind after a stressful day, something which makes you feel better; and if it’s someplace where you have great friends, where you believe that you’re improving, becoming healthier and having a great time… Then you really aren’t sacrificing anything. BJJ is your happy place, one that’s turning you into a more fulfilled and better human being.

If, on the other hand, you really don’t have these sorts of BJJ-related goals and if the time spent on the mats isn’t something which brings out too big of a smile on your face… If Jiu Jitsu is simply an activity that you’re involved in because it keeps you healthier, but you think that you have a much better time doing other things – then yes, you are sacrificing things for BJJ.

But is the sacrifice really worth it? Only you can know that. Would you rather drink beer than roll each night, or are the alternative activities healthy for you? Do you want to binge-watch „Friends“ or do you want to spend more time with your family?
Bottom line is – be honest with yourself and with the reasons because of which you’re looking to decrease the amount of time training BJJ. Your family, education and career, health (chronic pain, anyone?) are all much more important… But the drinking, the partying, the going out every night and other mindless alternatives? It may well be worthwhile to keep sacrificing them for BJJ.