Is Rickson Gracie Truly The Greatest BJJ Practitioner Of All Time? 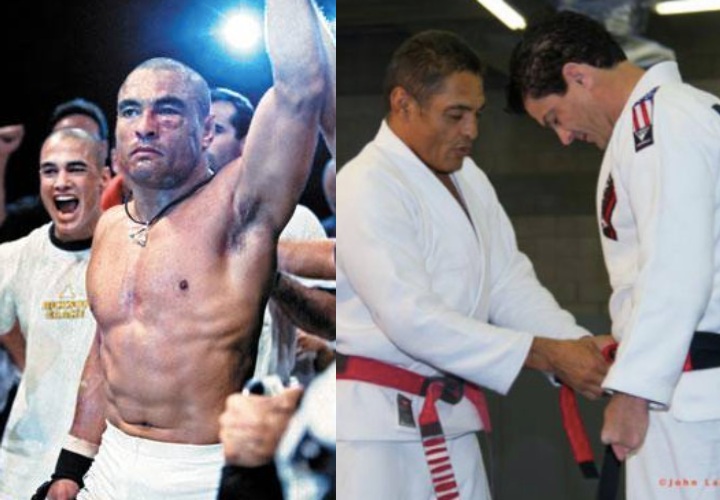 Is Rickson Gracie truly the greatest Brazilian Jiu Jitsu practitioner of all time or not? And if he is, why is it so?
Professor Ryan Young, a 2nd Degree Black Belt and an instructor at Kama Jiu-Jitsu – Rickson Gracie Team – lays out his opinion on what it is that makes Rickson Gracie so great… As well as what we can learn from it and apply in our own BJJ journeys.

THE TECHNIQUE LEVEL OF RICKSON GRACIE

Yes, Rickson Gracie truly is the greatest alive – second to none, says professor Young. What’s more, his technique and impact on BJJ can be compared to the greatness of Michael Jordan in basketball: sure, you can compare many other basketball players to Michael… But you cannot say that anyone was actually better than him. Essentially, what Michael Jordan was to basketball, Rickson Gracie is to BJJ, Ryan argues.

Ryan explains that, first of all, this is due to Rickson’s technique being on a whole other level in comparison to anyone else in Jiu Jitsu. And that’s because Rickson is always refining his technique. He’s always asking himself how he can become better at what he does, and he is constantly trying to find different situations and scenarios in which he can utilize that which he had learned – in better, more effective ways.
Most people aren’t like that, says professor Young. They obtain a certain level of technique or expertise and then they look for shortcuts, like steroids. They cut bread by trying to press the knife into it as much as they can, whereas Rickson always looks for ways to sharpen his knife. He thinks about how he can sharpen it and how he can decrease the amount of force necessary for making the cut. He is always on the lookout on how he can improve himself. That is why he has such a great lead in front of everyone else, even his family members.

That opens up a window of insight to yet another reason why Rickson Gracie is the greatest of all time, Ryan explains: it’s that Rickson would’ve been great in anything he decided to do, even if it wasn’t Jiu Jitsu.
And the reason for that? He’s an elite athlete, who completely immerses himself into the things he does (like mastering yoga) and he doesn’t let injuries, aches or similar things stand in his way. What’s more, Ryan shares a story he heard on how one time, when Rickson was demonstrating a technique at a seminar, his clumsy demonstration partner badly injured his knee. However, instead of wincing in pain and giving up, Rickson decided to keep on going with the seminar, finishing it by rolling with every single attendee.

In other words, Ryan explains, Rickson possesses a mental fortitude that scarcely anyone else has. His mind, combined with his body – as well as with his family, one completely brought up in the Jiu Jitsu way of life and fully immersed into training – is the reason why he is the greatest of all time.
Ryan finalizes by saying that he firmly believes that no one will ever be as good as Rickson was. The only way to really understand what it is that had created him into the number one, though, as well as to get to know how to get as close as possible to his level of performance, in Ryan’s opinion, would be to ask Rickson himself.

Watch the video below to listen to Ryan’s in-depth opinion on this topic, as well as to hear some amazing Rickson Gracie stories!