Is It Rude To Refuse Rolling With Women In Brazilian Jiu-Jitsu? 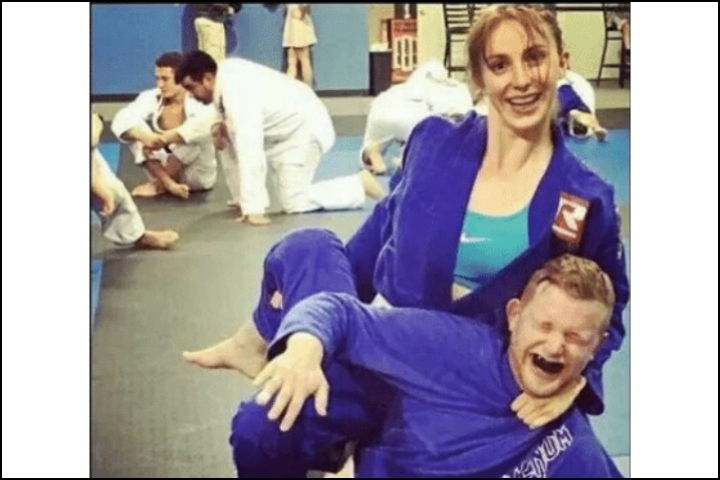 Training Brazilian Jiu-Jitsu means that you’ll often be in a close proximity to other people; to your training partners, to be exact. And it’ll be done in a way that doesn’t really happen in the day-to-day life.
This proximity can make some people feel uncomfortable, especially when rolling with the opposite sex. But, is this sufficient reason to refuse a roll; if you’re a guy, with women, and if you’re a woman, with guys?

Nick “Chewy” Albin says that it’s okay to refuse a roll if you’re feeling uncomfortable. But you have to be polite about it:

If you’re going to refuse a roll, whether it be a man or a woman, simply say: “Listen, I’m sorry I can’t roll with you. I just don’t feel comfortable yet. So, again, I’m sorry.” No big deal – it’s polite.

I think that if you approach the situation like that… And if you gave your coach a heads up – if you told them, say: “Listen, I don’t feel comfortable rolling with women yet. So, if one of them asks me, I’m going to refuse it.” That’s not a big deal.
Just let them know, give them a heads up.

What will happen with time is that you’ll start feeling comfortable:

Eventually, what happens is, as they become desensitized towards the rolling… That is, as this closeness becomes very normal, then they have no problems with it.
Also, they become more comfortable with the men that they’re surrounded by.