Is it OK To Hold Back a BJJ Student From Promotion Because of Bad Attitude? 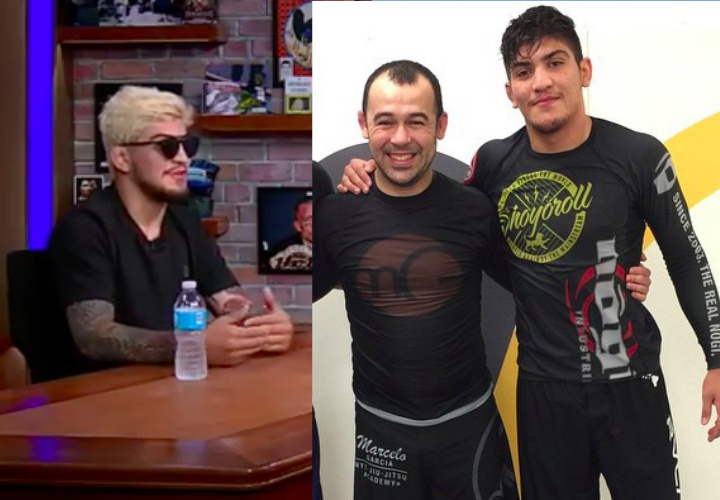 2 years ago, all eyes were focussed on drama happening over at Marcelo Garcia academy. Ever the class act, Marcelo delivered a statement to the public in the softest terms possible explaining his rationale for oustering two of his best competitors Dillon Danis and Mansher “Munch” Khera.

But if we turn back the clock we see hints of unrest in the history, Danis was held back in January 2015 when the members of the Dream Team that were tearing up the brown belt scene were all promoted.

Danis was too young then and perhaps in some ways he’s still burdened by his youth. By no means was he either the first or the last jiu-jiteiro ever to be a little held back because of immaturity or attitude.

It’s very hard as an instructor to sit back and reward those who have exhibited shoddy behavior because the burden of promoting Brazilian jiu-jitsu is on all of us. Around the world, Brazilian jiu-jitsu isn’t really regulated in most countries nor does it get promoted nearly as much as it deserves so it’s on the shoulders of every colored belt to put in his work and to try and communicate their passion about it. And similarly there are no exact guidelines for promoting, but we should let this work in our favor as a community. To help better the impression, to engage multitudes and to help people realize how bjj helps improve lives day to day.

This is why it’s important to applaud Marcelo Garcia on his choice in dealing with Danis. So many members of the community have balked under the weight of representing the sport. Because being gaudy and cocky isn’t what jiu-jitsu is all about, in fact it’s pretty contrarian to the standards in academies across the world. This is what makes the bjj lifestyle so unique.

Now sometimes it’s not really countering the essence of the sport that gets the members of the academy in trouble, often a jiu-jiteiro is in some way stuck in his pattern of behavior or play that it’s hard to promote them even if the skill level is there. An instructor has a bit of an open ended role that doesn’t necessarily relate just to skill level shown any given day. There are other things to consider, things like learning curve, open mindedness, accepting instruction and others.

Helio Gracie outlined some basic belt standards by himself, standards that may be a bit outdated given the change in the zeitgeist. Technical knowledge matters but so does image. From our article titled

Another criteria is ‘Image’. The Helio side of the family follows strict rules.

Helio Gracie’s son, red belt Relson Gracie talks about how the ‘Image’ is important when you are a Jiu-Jitsu black belt. They do not allow, tattoos on the face, Dreadlocks or for the instructor to overweight or obese.

Image matters and it should always matter if we want to preserve the integrity of art. With so many news of sexual offenders and predators tarnishing the image or martial arts, we should care about who represents us both in skill and in attitude.

Amazing competitors come and go but all the lives they’ve touched in the process is what matters. While Danis’ bjj is in fact incredibly impressive it’s not hard to see eye to eye with Garcia and side with him. After all Garcia touched and inspired so many grapplers, and he did it all without strange character decisions.

Is it OK To Hold Back a Student From Promotion Because of Bad Attitude? Yes it can be. After all brazilian jiu-jitsu will keep growing only as much as we enable it through the standards we pass on to the younger generation.

What do you think? Do you agree?