Is It Ever Okay To Go For The Points In BJJ – And Not For The Finish? 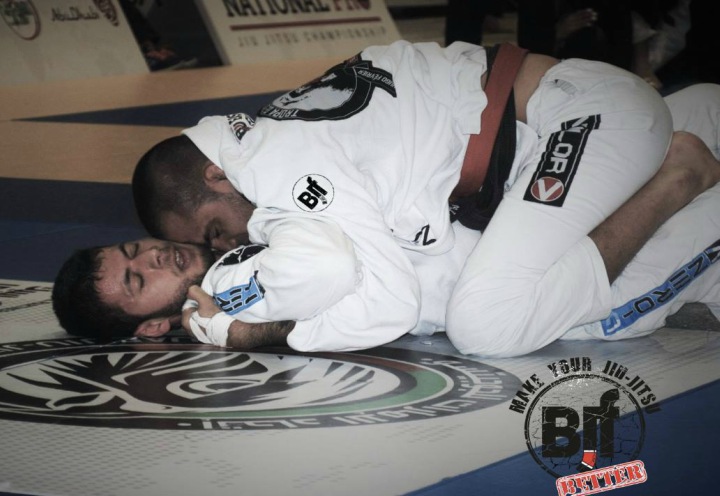 Hmmm… If you’re competing in a BJJ match – and if the rules allow for it – is it ever okay to go for points in order to win? Or should you always aim towards the finish?
A large part of the BJJ community believes that going for the win by just relying on the point system is a big sign of disrespect both to the martial art and to the opponent as well. That BJJ was designed for submitting other people and that, therefore, anything else is a jerk move!

With that said… Is it ever okay to go solely for points in a Jiu Jitsu match?

„NO! THE SUBMISSION SHOULD BE YOUR GOAL AT ALL TIMES“

If you’re someone who considers himself as an „everyday porrada“ type of a Jiujiteiro; if you’re constantly going hard in training every day, if you’re always going for the submission – then it’s only natural that you’ll tend to think that nothing else other than submissions is appropriate in BJJ.

This does make sense. After all, the ultimate goal behind BJJ is to use it to subdue opponents. And the ultimate subduing tool comes in the form of a submission hold. Quite simply, every other position that you reach during a match can be tolerated by your opponents. Even the best Mount hold or the tightest Backtake will still leave some breathing room for them.
However, when you have a tight Guillotine or a nasty Heelhook… They’re yours completely. They’re subdued to you. And even though they can decide not to tap out, that will end up with them going to sleep or with contracting a gruesome injury; which is, in a way, an even higher form of control.

If you’re leading yourself with this line of thought, then good for you! On top of that, if you have a very aggressive mentality when going into both training and competition; if you’re intense and believe that „when you aren’t attacking, you’re losing“ – great!
However, remind yourself to keep this one thing in mind.

SOMETIMES, YOU SIMPLY WON’T GET THE SUBMISSION

Even though the submission should (arguably) be your ultimate goal, the matter of life is that you won’t get it every time. You can aim for it, you can work for it as much you want to, but sometimes… It’ll slip away. Perhaps due to your opponent escaping it with skill (or chance), because you didn’t apply the technique well enough; or because it was a No Gi match and – literally – too slippery.

At that moment, when the submission is no longer yours, it can feel that all of your effort was for nothing.

MAKE THE SUBMISSION YOUR GOAL, BUT KEEP THE POINTS IN MIND

With the realization that a submission won’t be attainable at all times, you need to keep the points in mind. That is to say, it may truly be the case that the points shouldn’t be your ultimate goal. At least not if you want to live up to the spirit of „true BJJ“. But, if you want to win, then you should maximize both the points and the submission opportunities.

Other than that, the one moment when you should truly go only for the points and nothing else is in the latter stages of a match; when there’s both a slim difference in points to your advantage and a small chance of submitting the opponent. If you gauge that the submission is unattainable – and that going for it will be nothing more than a vain, egoistical move – then forego it and keep your points for those last couple of seconds.