Is Caffeine Before Rolling or BJJ Competition a Good Idea? 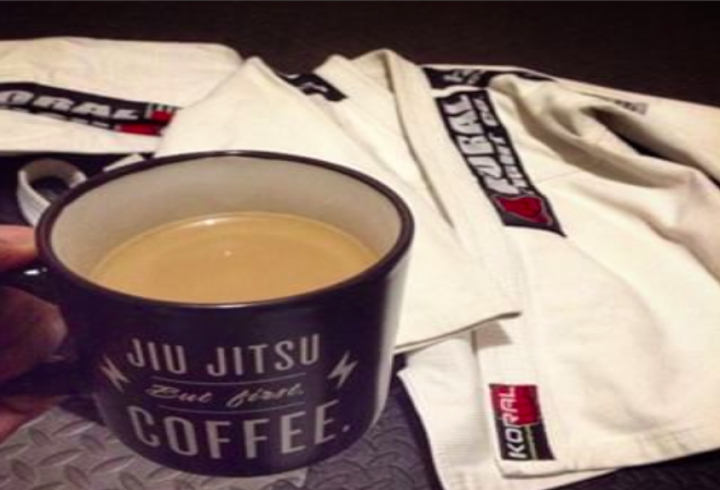 There are heaps of available dietary supplements out there, used for all sorts of goals. One type of them are the pre-workout supplements, all of which possess a common substance: caffeine.
And it’s long been known that caffeine’s a great performance booster, one available not just in pre-workouts but in coffee, energy drinks and other beverages; it can pump you up in no time and get you ready for all objectives that are in front of you!

So, this means that it can be used before your rolls or competition matches, right?

Well, not quite. Just because your teammates swear by its powers, it doesn’t mean that your body will react to caffeine with delight. Because, sure! It could be the case that you’ll come to competition or training feeling better than you’ve ever felt, crushing everyone in your way. But it could also be that your body won’t know how to efficiently process the combination of the downed caffeine and difficult cardio you’re putting it through… Which may lead to you actually feeling extremely tired, rather than energized – which isn’t a rare occurrence at all.
What’s more, you might find caffeine to be a great supplement at first; but then, after some time has passed, your body may get desensitized to it. Or, even worse, it could develop some sort of a repulsion against it (read: stomach problems in a Knee On Belly position).

But then again, caffeine might work phenomenally for you! Point is, you won’t know until you try it out; just be sure to start out slow. Don’t take two scoops of pre-workout or down an entire energy drink at once, but take a sip or two and see how your body responds to it.

DON’T GET ADDICTED TO CAFFEINE

If your body responds well to caffeine and you find that it brings your BJJ rolling sessions and competition performance to the next level, then great! Continue taking it, but beware: don’t get addicted to it.

One of the greatest things that Jiu Jitsu teaches is the beauty of pushing yourself when you don’t want to; the awesomeness of being self-reliant and self-sufficient even when you’re opposing the biggest difficulties there are! So, if you’ve incorporated all those great qualities already, why would you let something else, something outside of you, dictate how well you’ll roll?
A pick-me-up every now and then is alright. But don’t take caffeine every time before training or competition! This will lead to you not being able to perform well unless you take it. And not just that; if you start taking too much of it, you could develop some serious problems which won’t only be detrimental to you as an athlete, but to your overall health as well.

Bottom line is that you don’t want to become dependent on caffeine. Take it as a tool which will help you become a better jiujiteiro; don’t let it use you.

If you want to take something other than caffeine – while still benefiting from its effects – or at least something which doesn’t contain it in too large of a quantity, then there are great options out there for the taking! Start out with water; there’s a big chance that you’re feeling tired simply because you’re dehydrated. Green tea, although it does have caffeine in it, is a great alternative. So are ginseng tea and B-vitamins.
Essentially, find out if caffeine works and if it’s healthy for you. If it helps your long-term Jiu Jitsu journey, then go for it! But if it doesn’t feel quite right, take an alternative.