Is A Jiu-Jitsu Team League The Solution To Make The Sport Grow? 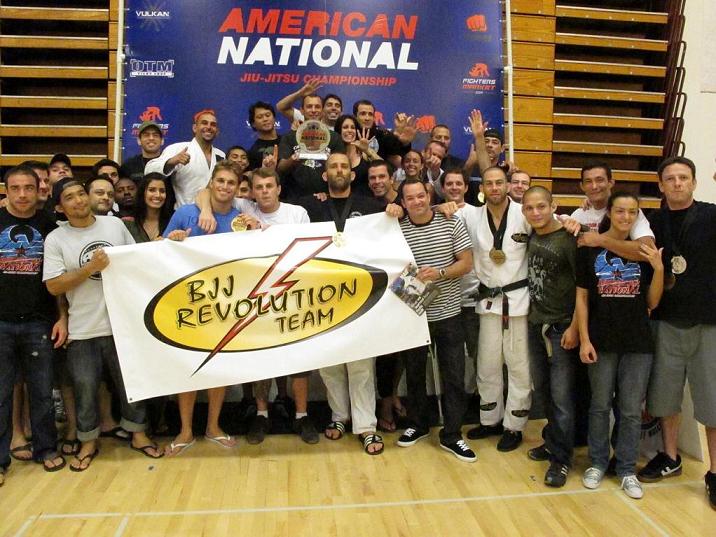 Jiu-Jitsu can look no further than at a wrestling league for an answer. The German league of team wrestling is called the Bundesliga (German: Bundesliga-Ringen).

It is a very successful model which has been running every year since 1964.

Each time a team competes, a number of the matches will be contested by rules of Greco-Roman wrestling, and the rest of the matches will be fought by the rules of Freestyle wrestling.
The Vorrunde (league table) consists of 20 teams (2010–11) competing for a slot in the play-offs, which consists of quarter-finals and semi-finals.
The finals are held around the month of February. The finals consist of one set of matches (in different weight classes) during an evening, and another set of matches on another evening.

What is great about this league is that it is so succesful. You have packed coliseums with screaming and chanting fans support their clubs, the wrestlers are charistmatic and showing emotion, and the audience packs the venues (6,000 fans attended the league final).

Check out this video showing the action:

Why can’t there a similar successful Jiu-Jitsu or Grappling league in Europe? When you compete in Jiu-Jitsu, you compete representing your academy. at the end of the tournament they count the points and most of the time, it’s the academy that brought the most competitors that wins. Jiu-Jitsu is an individual sport however there is a very strong team spirit. What better way to develop this team spirit than by organizing a team league.

Brazil has the Campeonato Brasileiro de Equipes where the big academies such as Alliance, Gracie Barra, GFTeam, Nova Uniao, Checkmat etc compete against each other, so why not have something similar in Europe for a country or region?

The concept would be to have one competitor from each team per weight class and per belt. Two teams would face each other.

There are some existing leagues for example in Croatia, but Jiu-Jitsu seems to stick more to the the classic ‘Open tournament’ model.

The concept of a Jiu-Jitsu team league is an interesting and should be considered as an alternative when it comes to the traditional competitions.