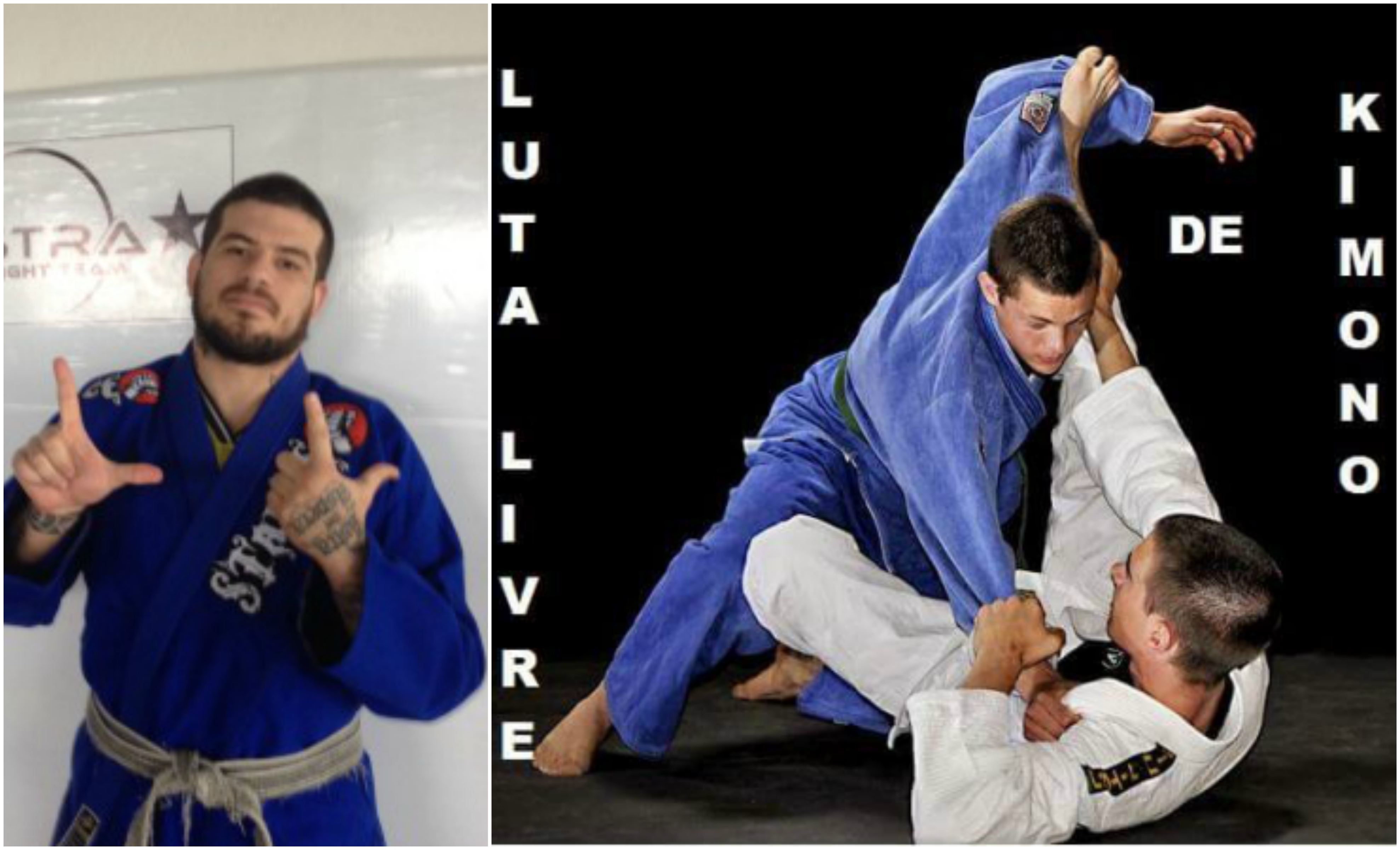 Luta Livre seems to be the forgotten son of the grappling arts. Its “big brother” rival Brazilian Jiu-Jitsu has had the tremendous success that we all know, and has changed the martial arts world since UFC1 while Luta Livre stayed in the shadows…Most grapplers don’t even know what Luta Livre really is or its history.

Be sure to check out our article: History Of Luta Livre & Reasons For Lack Of “Mainstream” Popularity.

Luta Livre means “wrestling” in Portuguese, although the term Luta translates to ‘fight’ and Livre translates to ‘free’. Therefore, loosely the term means ‘free fighting’. Luta Livre is a fighting style based on catch wrestling founded by Euclydes “Tatu” Hatem . Tatu beat George Gracie by submission in 1940. After Tatu, fighters such as Euclides Perreria and Roberto Leitao continued the sport and made the art evolve.  Perhaps even more so, the art was later positively impacted by Leitao, a wrestling and judo practitioner. This University professor of Engineering learned to use technique over raw force- similar to Helio Gracie- due to the fact that he was a smaller man and helped to refine several techniques of the art. Though Leitao certainly used leverage to his benefit, his words to Fight! Magazine note a major difference between the philosophies of Brazilian Jiu Jitsu and Luta Livre, with Luta Livre following an ideology more akin to what catch wrestling or shootfighting might.

Luta Livre and Jiu-Jitsu were involved in a bitter rivalry in Brazil. The rivalry reached boiling point in the 1980s and exploded in 1991 with the ‘Desafio’ event in Rio de Janeiro. The Desafio had three Jiu-Jitsu versus Luta Livre challenge matches and the goal was to determine which style was the best. Since then the rivalry has slowly died down, until perhaps now….

Marcelo Brigadeiro is one of the star pupils of Luta Livre Master Marcio “Cromado” Barbosa. He has just come up with a new idea: ‘Gi Luta Livre’ . His idea came when he saw how popular the ‘No Gi Jiu-Jitsu’ model worked. He decided to do the same and to put on what all Luta Livre fighters pretend to despise: The Gi.

“I have a hard time putting my students to compete in Luta Livre events for the simple fact that in Santa Catarina (where I live) they do not happen, so I decided to put the Gi on my students and enroll them in competitions, but what I taught was Luta Livre, and my students knew it. I always instructed them to say that they practiced Gi Luta Livre. It turns out that on numerous occasions, I saw that happen grappling championships which said that this was No Gi Jiu-jitsu championship. I understand that this is a purely commercial approach, which I have absolutely nothing against, so much that I copied the model and will use the reverse in my branches from October. “

The confidence in his style is such that the head of Astra Fight Team, already invites practitioners of other arts visit them to check efficiency.

“If Jiu-jitsu practitioners feel offended and want to know the Gi Luta Livre, they will be very welcome, our training sessions are held on Mondays, Wednesdays and Fridays at 10 am.”

Brigadeiro of course uses his Luta Livre black belt with his Jiu-Jitsu Gi. 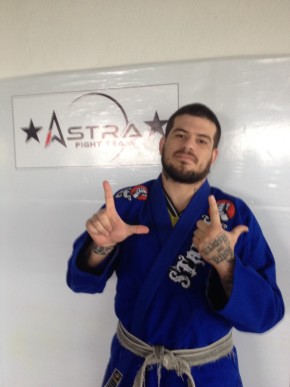 FILA wrestling also used a similar approach. They came up with ‘grappling’ and even ‘grappling Gi’.

Brigadeiro in the past has also stated that many grappling moves also used in Jiu-Jitsu and old are in fact Luta Livre moves:

Are there any grappling techniques specific to LL? A move you would see and say “That’s pure Luta Livre”?
Marcelo Brigadeiro: Yeah, many. The guillotine, the heel hook, the arm triangle and many others are LL signature moves. BJJ fighters did not know how to use them until they started training with us.