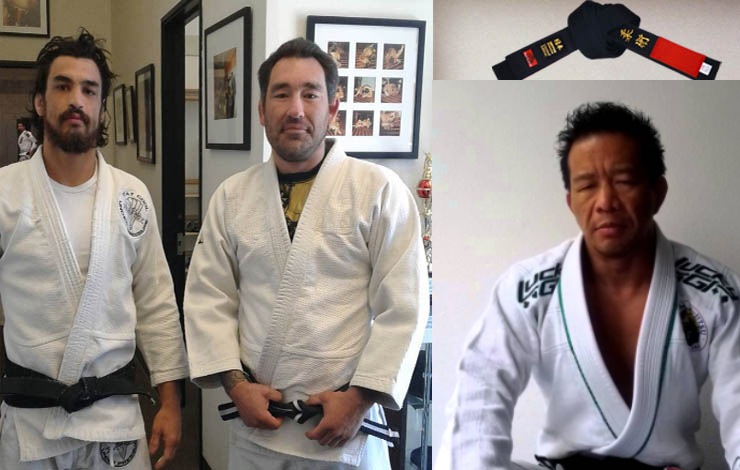 Bjj black belts that visit Kron Gracie’s academy are not able to wear a black belt with the traditional red bar unless it was received from either Kron or Rickson Gracie. 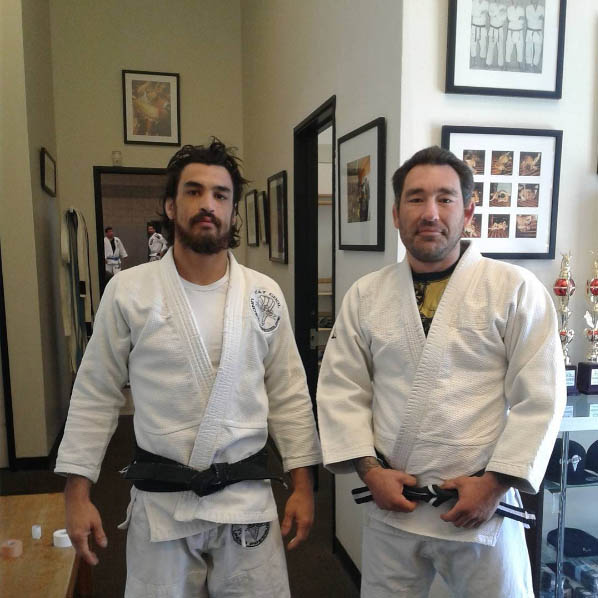 Instead they’re given a black belt with a white bar – kind of like the black belt female judokas wore until recently in Japan.

This happened to BJJ black belt Brian Anthony Mendez a few years ago when he visited and trained at the Kron Gracie academy.

When prompted about the unusual black belt Brian Anthony Mendez (pictured above) responded: 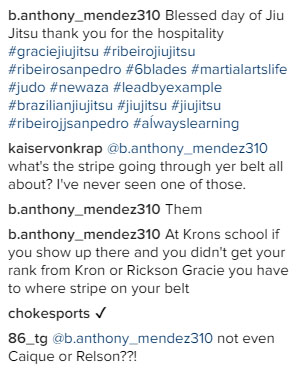 Mendez has been a bjj black belt in the Ribeiro association and a judo black belt to boot:

To make things additionally interesting even Japan has dropped this tradition earlier in the month – internationally the black belt with white stripe in judo was dismissed some years ago because it was considered discriminatory. Rocket news 24 quotes:

In 1999, for example, the International Judo Federation put an end to the practice of female judoka having to wear black belts with a white stripe running lengthwise along the fabric, as opposed to the pure-black belts used by male competitors, on the grounds that the discrepancy was discriminatory.

A brown belt training under Kron clarified on reddit:

Comment from discussion TIL: black belts visiting Kron’s school can’t wear their belts (unless they received them from Kron or Rickson)..

What do you think about it? Is it entirely off base for Kron Gracie to be asking black belts of other lineage to wear a different belt?

Kama Jiu-Jitsu which is under the same Rickson Gracie lineage (Dave Kama is a Rickson Gracie black belt), explained why they also inforce this rule in their academy: