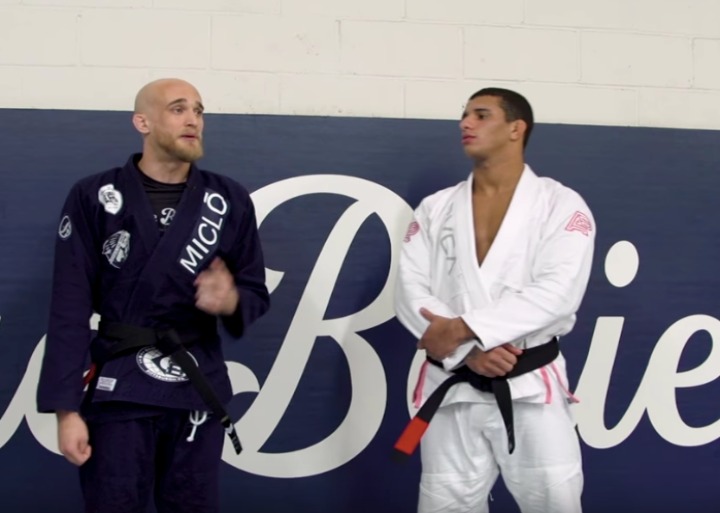 A black belt promotion is a big deal in Brazilian Jiu-Jitsu. It usually takes around 10 years to receive the much coveted belt and within that time frame, the practitioner has to go through all the doubts, ups and downs that comprises the BJJ journey.

Jacob Miclot, head instructor at True Believer BJJ in Pittsburgh, Pennsylvania gave a great speech to his students about believing in yourself, goal setting and just pushing through.

If you have had moments of doubts, where you’ve thought about quitting BJJ, then this will motivate you.

Everyone knows that when you’ve done Jiu-Jitsu for a while that when you get the black belt you’re supposed to do a
speech. I’ve put in my head since I got the purple belt I kind of knew like oh I’m gonna have to do this sometime
and that’s the first part of what I want to talk about, is if you just set in your head that something’s inevitable and just accept the process, the rest is going to happen.

At some point I knew I’m gonna do jujitsu every day until I physically can’t do it anymore so at that moment it became inevitable that I was gonna get the black belt and I think that that transitions into other things.

if you say inevitably I’m gonna get this, for example I’m gonna bench 200 pounds you just have to put that idea in your head and say okay cool I’m not gonna let anything stop me then I’m gonna do the right things to show up, put my effort.

If you really like Jiu-Jitsu, just put it in your head as an inevitability today I’m gonna show up and I’m gonna get better. I’m gonna do whatever I can and it’s inevitable.

Check out the inspiring speech: