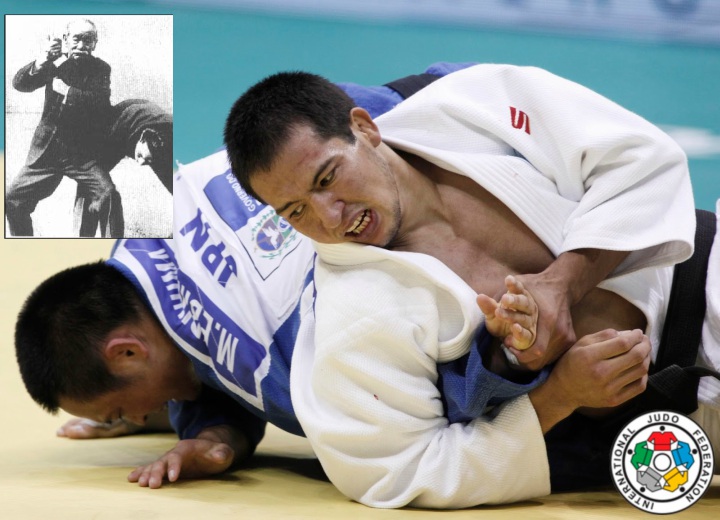 Waki Gatame is an armlock from Judo, Hapkido and traditional Japanese Ju-jutsu systems, but it can also be used in on the ground BJJ!

This armlock is executed with Uke on their stomach, while tori has uke’s arm trapped with the elbow beneath tori’s armpit. Tori lifts uke’s hand, causing hyperextension of the elbow joint in a similar manner to Ude-Hishigi-Juji-Gatame.

Here is how to do it and on the ground in BJJ: