Improve Your Wrestling Skills by Focusing More on Your Pressure 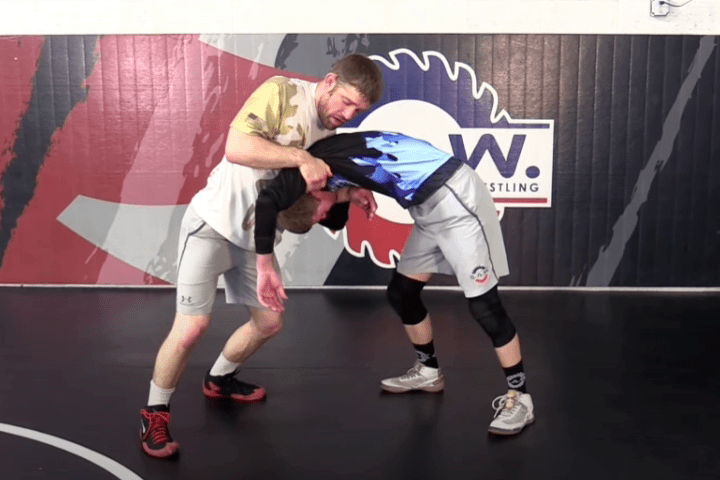 Does your wrestling kinda make no sense? As in, no matter how much you’ve been drilling the move(s), you just can’t seem to hit them properly during rolls or in competition? What’s more, it isn’t so much so that your takedowns themselves suck… But that your opponents somehow always find a way to escape your attempts.
One of the biggest reasons for this could be that you aren’t using pressure properly. Andy Simmons explains.

You simply have to force down pressure on your opponent, coach Simmons emphasizes. For example, a lot of times you’ll be able to execute the Snap Down quite effectively. But if the opponent on the other side doesn’t have a rounded back and is an experienced wrestler, you’ll have a bad time chaining attacks from there.
For instance, if you go for a Front Headlock, they may peel off your elbow and start coming around your back. Or they may simply initiate the Two-on-One position, leaving you vulnerable to throws and takedowns yourself.

So, what are you supposed to do when you have them in this Guillotine position? That’s right: enforce your pressure on top of them. First, catch their opposite arm’s armpit and keep it down. Coach Simmons emphasizes that this will make it impossible for your opponent to peel off your elbow and turn into you. Additionally, you’re supposed to pinch their head and neck underneath your chest… Which will make them want to question their entire grappling skillset.
Watch coach Simmons explain this below: 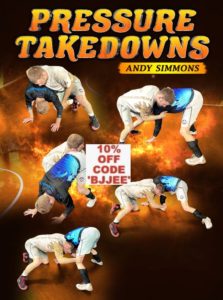