If You Want To Learn To Defend Yourself, These Are The Martial Arts For You 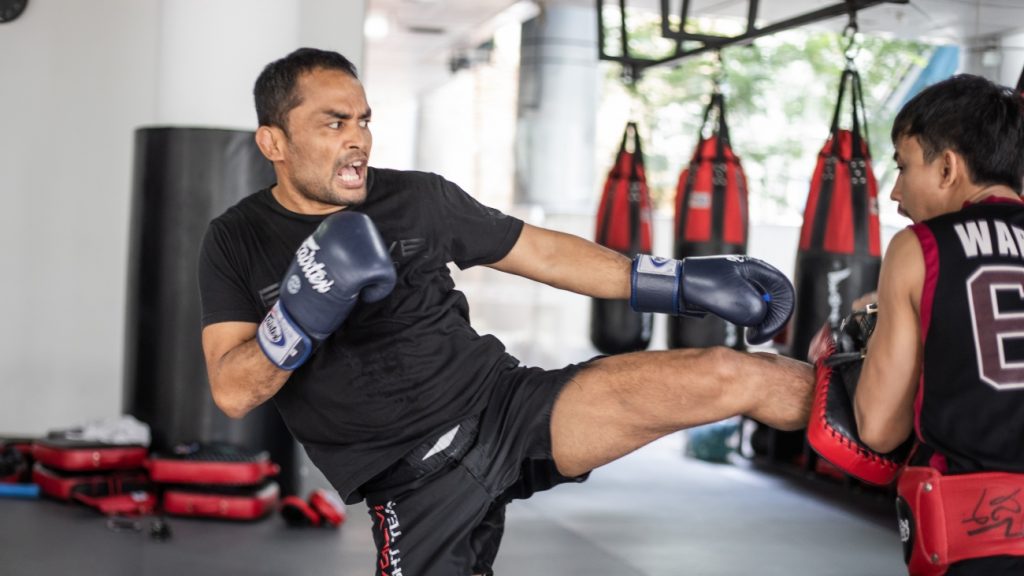 People join martial arts gyms in Singapore for various reasons. Most do so to lose weight and get in shape. Some want to learn how to fight and then eventually compete. Others look to make new friends and widen their social circles.

One of the most practical uses of martial arts, however, is, of course, for self-defense. Learning martial arts to empower yourself with the knowledge and skill of self-defense is a basic human right that everyone should have access to.

You might someday need self-defense skills in real-life situations. It cannot be stressed enough that the best way to go about it is to be prepared. That being said, most people find it difficult to choose a starting point. With so many martial arts disciplines to choose from, it can become confusing.

We’ve come up with a shortlist of martial arts for you to try. These are the most effective in street fighting and real-world situations where you need to call upon your skills to defend yourself from an assailant.

While every fight starts on the feet, a lot of times, fights hit the ground. That’s just the natural progression of things. In these cases, you might need to defend yourself on the ground, and it’s best to have the advantage here.

BJJ also promotes the fact that size doesn’t matter when fights hit the ground. You can defeat opponents much larger than you are, given the right techniques. If you need a martial art for close encounters, you can definitely try BJJ.

Brazilian Jiu-Jitsu World Champion Alex “Little Rock” Silva from the Evolve Fight Team is a great role model for the grappling arts. He imparts years of knowledge and experience to his students and teaches them the “gentle” way to end conflicts.

They call it “The Sweet Science.” Boxing is the art of hitting and not getting hit, and a boxing class will teach you just that. It’s the perfect mix of offense and defense.

Most street fights in real-world situations start off with punches. By training in boxing, you can learn how to move your head to avoid getting hit. You can learn how to block and parry punches and deliver sharp counters. You’ll also develop fast and powerful hands.

Boxing is enough for most people to be able to defend themselves. It’s an awesome martial art for protecting yourself.

Evolve Instructor and WBA Boxing World Champion Drian Francisco says boxing can help you to subdue your opponent quickly and efficiently, at the same time taking little or no damage at all.

If boxing is the best mix of offense and defense, Muay Thai is pure firepower. The “Art of Eight Limbs” utilizes the entire body, the legs, knees, arms, elbows, fists, and various techniques to forcefully and abruptly defeat opponents.

It’s one of the best standing martial arts to use for self-defense. From close range, Muay Thai fighters utilize various striking combinations, including the infamous Muay Thai clinch. From the outside, there are a plethora of sweeps and throws to use as well.

If you’re looking for an explosive martial arts style for self-defense, Muay Thai could be your ticket.

Reigning ONE Bantamweight Muay Thai World Champion and Thai legend Nong-O Gaiyanghadao from the Evolve Fight Team is an excellent athlete and a great ambassador for Muay Thai. Nong-O has studied Muay Thai since he was a child, and today is one of its most legendary practitioners.

Of course, if you’re looking for the perfect blend of all martial arts, and the best way to learn how to defend yourself, signing up for an MMA class is the way to go.

Mixed martial arts incorporates all striking and grappling fighting styles, and combines them into a seamless, unique and singular martial art. In mixed martial arts, you have plenty of ways to defend yourself, as you can opt for clinching, grappling, wrestling, submissions, and a wide variety of strikes. It’s ideal for real-life situations.

One of the best examples of a complete mixed martial artist is Amir Khan from the Evolve Fight Team. Khan, a Singaporean Muay Thai Champion, has been able to combine his striking skills, as well as wrestling and BJJ, to become one of the most talented mixed martial artists in the world.