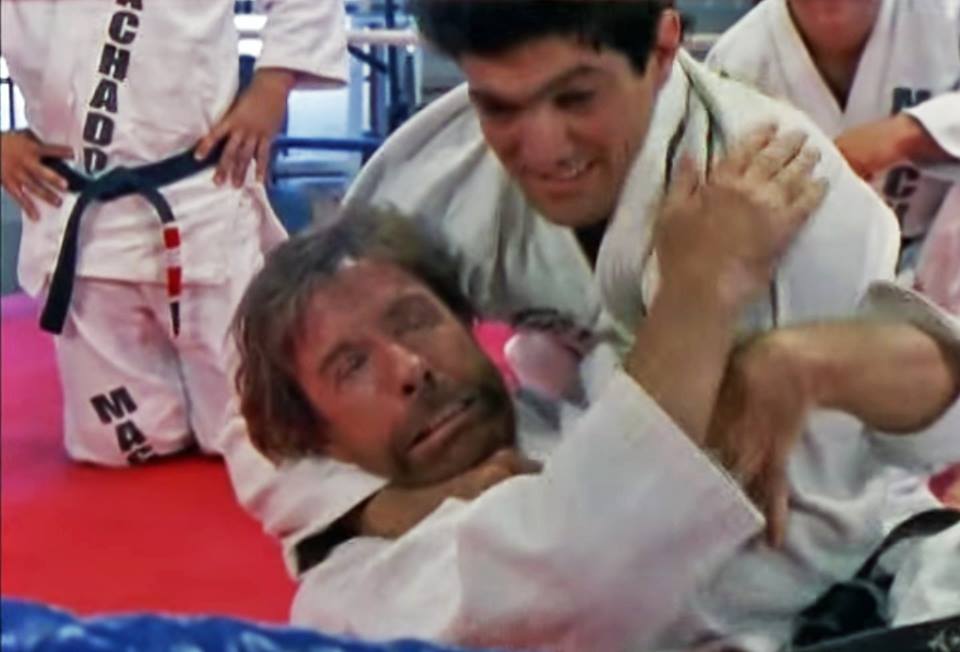 Jean Jacques Machado on a recent episode of the Joe Rogan podcast shared the story about Chuck Norris actually kick started the career of him and his brothers in the US:

“Long story short he started training for us, when he started training for us we became very good friends. It was amazing like… right away he invited us to his house. Amazing person, we started hanging out. One day, after a few months of training with us he invited us to the valley where he used to live in Encino and said “look, I have a surprise for you guys.” Then he took us to a shopping center right up in the boulevard and he shows us one of the units, there’s mats, it’s like a school and he says “this is for you guys, this is your school. He already owned the unit and offered the school for free.” 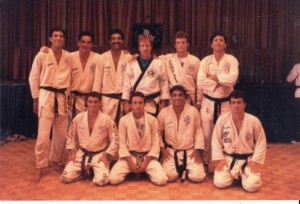 Chuck Norris and the Gracie brothers in the late 80’s

In this segment Chuck tells the tale of his first meeting with the legendary Gracie family while in Rio de Janeiro many years ago. Chuck grappled with brothers Royce Gracie and Rickson Gracie and their father Helio Gracie and his description of getting tapped out by each of them is hilarious. Especially when the elderly Helio has to apologize to Chuck after choking him out.

Norris would go on to train with the Machados, cousins of the Gracies, in LA for the next 28 years:

Here you can see Chuck Norris rolling with the Machado brothers during an episode of Walker Texas Ranger: