If Nothing Else, BJJ Will Leave You With This One Thing 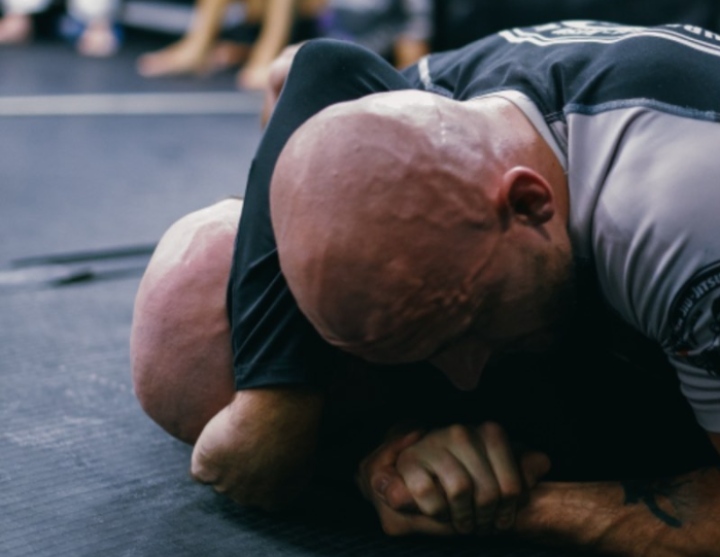 Do you ever wonder: „Jeez, I like training BJJ, but what if I stop training it one day… What if it gets boring to me, what if the injuries take their toll with time, what if… What if I stop?“
Yes, there’s a chance that you will stop training BJJ one day. But even if you do – even if all those hours of practice and techniques go down the drain, even if your strength and conditioning evaporates afterwards, even if Jiu Jitsu becomes nothing less than a distant memory… If nothing else, it will leave you with this one thing – courage.

COURAGE TO STEP INTO THE UNKNOWN

Stepping foot on the mats for the first time wasn’t easy, remember? You were more nervous than that time you had to meet your girlfriend’s dad for the first time; you thought about all the things that could go wrong, about the embarrassment you could make out of yourself.
But that didn’t stop you. You got your first training in, and what happened? The art hooked you instantly.

You stepped into the unknown and you reaped the benefits. It takes courage to do that; and now that you’ve done it in BJJ – not just during your first class, but during countless of others and in competitions alike – you’ll be more courageous to take risks and reclaim the rewards in other areas of life.

COURAGE TO ACKNOWLEDGE AND WORK ON YOUR WEAKNESSES

It’s no wonder that Brazilian Jiu Jitsu is regarded as such a big ego-crusher. The Gentle Art is the truest mirror of your weaknesses; it points them out without sugercoating them whatsoever and makes you pay for the consequences.
You realized that this is what’s happening, and still you chose to keep going. That’s courage – courage to not be afraid of your own mistakes and weaknesses, but to acknowledge and work on them.

This serves you greatly in life. You aren’t as shy nor as easily embarrassed for making an error or two as you were before. This courage gave you the power of reclaiming yourself numerous times; of building yourself up while others kept on dwelling upon their deficiencies.

Resilience is so often what differentiates winners and losers in almost all areas of life. It’s the ability – the courage – to keep going when things get really tough.

And boy do things get tough in Jiu Jitsu! You’re all out of gas and your opponent’s applying that crossface with the greatest enthusiasm you’ve ever felt, their bodyweight crushing your ability to breathe and the clock showing that there’s still four minutes left… But you choose to persevere. You choose to exercise courage; to push even harder than before, even though you’re completely exhausted!
That’s what will differentiate you from everyone else and what’ll keep your mind clear when tough decisions have to be made. That’s what will make sure that all of your potential is recruited to the best of its abilities.

COURAGE TO TAKE ON THE CHALLENGE

Finally, by training Jiu Jitsu, you’ve crafted yourself into a person that is courageous enough to take on challenges… Which are sometimes beyond what you first thought possible.
It isn’t easy to start rolling when everyone on the mats is better than you are. Nor is it easy to compete, with all of that adrenaline pumping through your veins and your (much more experienced) opponent standing across from you, seemingly as cold as stone.

Whatever the challenges were, you went for them more often than not. And that made you into a strong, better and much more complete human being.