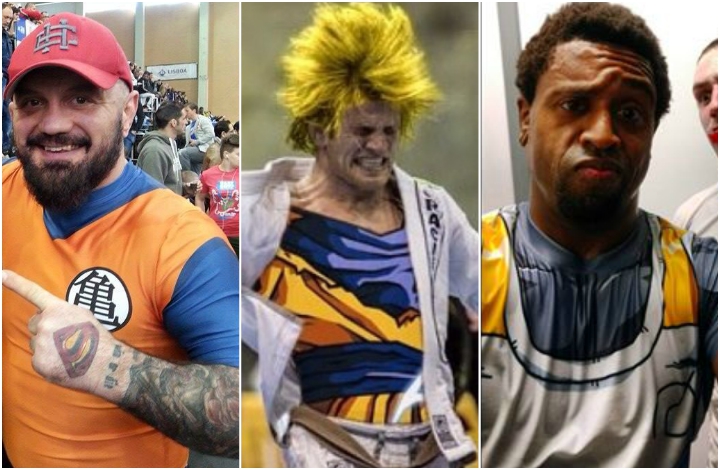 While training BJJ you meet a lot of new people. It happens they might resemble characters from movies, comics, anime. I’m a huge Dragon Ball geek, and I will show few types of people that I stumbled upon during my years of training.

is the main character in the Dragon Ball legacy. He’s a talented Saiyajin that was sent to Earth. Over the years he became the most powerful warrior on his planet, and saved the world couple of times. Sooner or later you’ll stumble upon type of person that comes to the gym and after his first few classes he knows more than some people who came long before him. Some “Goku’s” might not know that talent is only 10% and fail, but these who will train as much as Goku might have a great future ahead of them. is a Saiyajin prince who was the most powerful warrior until he met Songo and Frieza. It is his main goal to become to most powerful in the galaxy. Your Vegeta will be the hardest working person in the gym. He’ll go to every class, do weightlifting and keep strict diet. also known as Hercules is called by the newspapers the greatest hero of Earth, but really is afraid of all the threats that are attacking the planet. In the gym Mr Satan is the guy that talks a lot and isn’t afraid anyone. When it comes to fighting, he’s really good at harming lower belts, and showing off his technique, but if a higher belt wants to challenge him he’ll cover himself with an injury that won’t let him fight. is an ancient being summoned to destroy the entire universe. In his first form he’s a fatso that nobody takes as a serious threat. While going to the no-gi class you can make a mistake and disregard such a person. They’re quite heavy, so the control is top notch, and there’s no way you can triangle such guy cause he can literally smash you in the mat. The best way to fight such person is to put him on his back and don’t let him get up. During years of training I’ve met hundreds of people. It was hard to memorise everyone by name and if somebody doesn’t have a nickname I try to come up with one. Usually from my favourite manga/comic books. Do you have any training partners that resemble you a superhero?