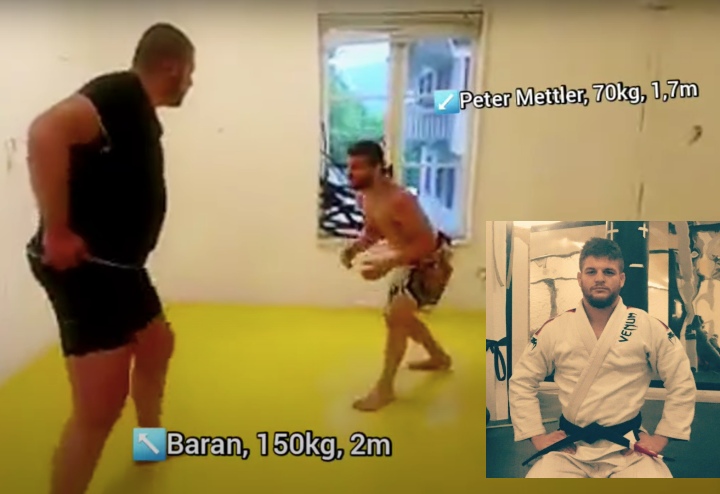 In the past, there have been many instances where strength athletes, whether bodybuilders or powerlifters, have tried training Jiu-Jitsu and have rolled with the instructor to test themselves:

Another one that comes to mind was when a BJJ practitioner and a bodybuilder tested each other in a specific strength competition:

Peter had to show how what Jiu-Jitsu was all about.

“So this HUGE🦏 guy, 202cm (6’7″) weighin 150kg (330lbs) comes to my academy to challenge me🐅. I’m 170cm (5’7″) and 70kg (155lbs). 💪😎. In Martial Arts, great technique can overcome even the grestest strength and biggest size! Martial Arts WERE invented to give guys like me and women a chance against huge Guys like Baran. The big guys didn’t need Martial Arts, it was the small guys who needed to find a way and women who needed to defend themselves.”