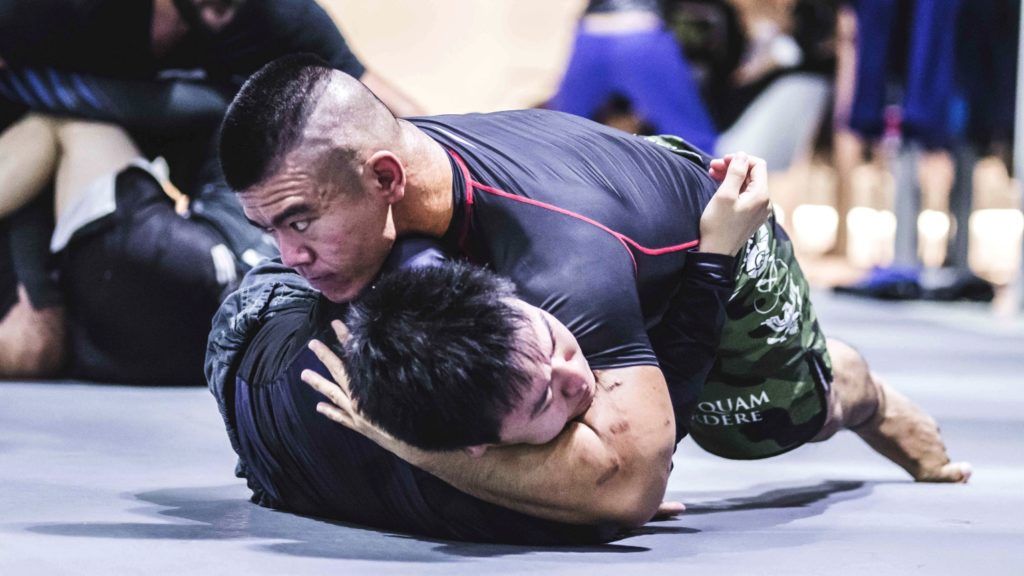 Training both gi and no-gi Brazilian Jiu-Jitsu (BJJ) is the fastest way to improve your overall ability as a martial artist.

Yes, there are sometimes extreme differences between these two, but you can boost your overall skills by participating and training with and without the gi.

Of course, this entire topic depends on what your objectives are as a martial artist, however.

Are you looking to become brilliant at Brazilian Jiu-Jitsu? It won’t hurt to learn some aspects of no-gi.

Do you want to become a mixed martial artist? You can benefit from both no-gi and gi BJJ. In fact, your submission game will tighten up significantly by training with the gi as well.

It is extremely rare for someone not to benefit from experiencing the elements of gi and no-gi BJJ.

Notably, you will have access to more classes. By participating in both gi and no-gi, you can sometimes double your participation in class. Furthermore, you will learn and practice concepts and techniques that might not be covered in the other class. For example, a gi class might not be currently exploring the ability to set-up a kneebar from Z-guard, but this is something that your no-gi instructor might be demonstrating at the moment.

By appreciating both forms of BJJ, you can begin to develop your skills in both gi and no-gi simultaneously and become an improved martial artist.

Today, Evolve Daily brings you “How To Work On Your Gi And No-Gi Skills At The Same Time”.

Should you train gi and no-gi at the same time?

By choosing to isolate your training to just wearing the gi, you are missing out on potentially game-changing information. As a martial artist, it makes sense to accumulate as much knowledge as possible. Don’t give up the chance to learn more. It’s the same story for anyone who trains without the gi.

As stated before, though, an even better mindset is wanting to learn and participate in each of the two sports. Rather than just looking at no-gi as a way to improve your gi skills, you can focus on becoming better at each of the two versions.

If you want to learn more about the benefits of training gi and no-gi BJJ at the same time, read our seven reasons why you should train both.

How can you develop your gi and no-gi skills at the same time?

It’s going to sound painfully obvious, but the first task on the checklist is to participate in gi and no-gi classes.

But, it’s the way you approach each of these two different martial arts that separates you from the pack. If you want to develop your gi and no-gi skills at the same time and improve your ‘overall’ game, you’re going to want to make some fundamental changes.

The legendary Marcelo Garcia practices both gi and no-gi BJJ and has developed a style that is equally effective in both forms.

By understanding what makes Garcia one of the best, we can begin to recognize what it takes for someone to improve their gi and no-gi skills simultaneously.

An often forgotten element of Brazilian Jiu-Jitsu is your ability to execute some of the more challenging techniques and movements.

For example, how comfortable are you with inversions and being upside-down?

If you spend time working your ability to operate upside-down and in awkward positions, you will improve immensely at the gi and no-gi versions of the sport.

Your improved ability to invert will allow you to execute useful moves that you might not have been able to attempt earlier. An example is that you might be able to pass through the butterfly guard by using a headstand technique.

But it’s not just about flexibility and inversions. Your physical endurance applies to both martial arts, as well. The ability to roll for longer is something that you can reap the benefits from in both gi and no-gi.

The more time you spend on the mats, the faster you will improve your physical ability.

If you want to work on your Gi and No-Gi skills simultaneously, don’t develop a game that revolves around grip-heavy strategies and techniques.

Spider guard and lasso guard might be excellent techniques when you are wearing a gi, but they are entirely irrelevant when your opponent is not wearing a gi.

Instead, focus your time and attention on techniques that work in both versions.

This doesn’t mean that you should ignore the gi-only techniques completely. Instead, you shouldn’t become obsessed with strategies that rely on grips.

Likewise, don’t rely on stopping someone passing your open guard by grabbing their Gi pants. Practice your ability to intercept their movement with your legs and keep your hips in front of them.

If you want to develop an offensive and defensive game based upon strategies that work in both versions of the sport, you should focus on understanding the importance of overhooks and underhooks.

Understand the importance of overhooks and underhooks

Underhooks and overhooks are like the king and queen of no-gi.

Interestingly, they also play an essential role in the gi, as well.

If you can understand and appreciate the role of the underhook and overhook in no-gi BJJ, you are going to enjoy tremendous success when you use these techniques against those who have only trained in the gi, as well.

The entire butterfly guard game in no-gi relies upon these two types of control. It’s nearly impossible to sweep someone to the side in which you do not have an overhook.

It’s not just about attacking, though. You will learn the importance of defending against this type of control. By remaining tight and not allowing any space between your arms and body, you will remove the ability for your opponent to reach in and secure control.

Have you ever tried to ‘limp arm’ out of a submission in gi and failed miserably?

By practicing with and without the gi, you will learn the importance of developing effective submission escape techniques. You will also understand how to avoid getting into danger by beginning to notice the warning signs earlier than ever before.