How To Use Back Control In A Life-Or-Death Situation? 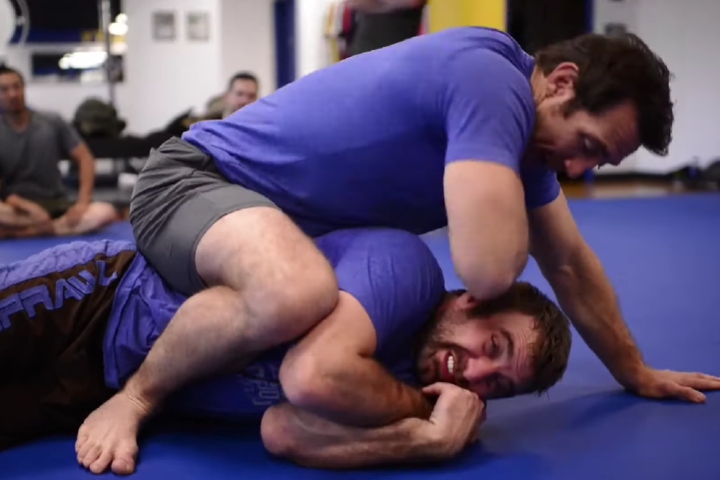 Back control is the best position you can have in Brazilian Jiu-Jitsu. It’s the control where your opponent has no other option other than to defend (just, please, do not cross your ankles) and you have the possibility of constantly threatening them with chokes.
When it comes to self defense – especially when it is a life-or-death situation – the facts remain the same. However, if you’re fighting for your life, you’ll probably want to… Take the intensity of back control up a notch.

Tim Kennedy, a BJJ black belt and UFC veteran, as well as a Green Beret and Special Forces Ranger, explains how to do exactly that.

USING BACK CONTROL IN A LIFE-OR-DEATH SITUATION

One of the best ways to take the back in a self-defense is by first establishing Mount and then striking the person underneath you. Once you do that, and especially if the other side is untrained, at one point or another they’ll start turning belly-down; in order to protect their face and to attempt to get up.

Once you establish back control, sure – you can go for the Rear Naked Choke immediately. However, Tim Kennedy shows that you shouldn’t back away from some other… Unsportsmanlike behavior.
Striking them with an elbow all across their head, pulling their head up by grabbing their hair, pushing their face down into concrete and making a “soup” out of it, as Kennedy portrays it… The possibilities are endless.

Watch the video below to get more of an idea about what Kennedy is talking about: