How to Stop The Guard Pass? The Half Granby 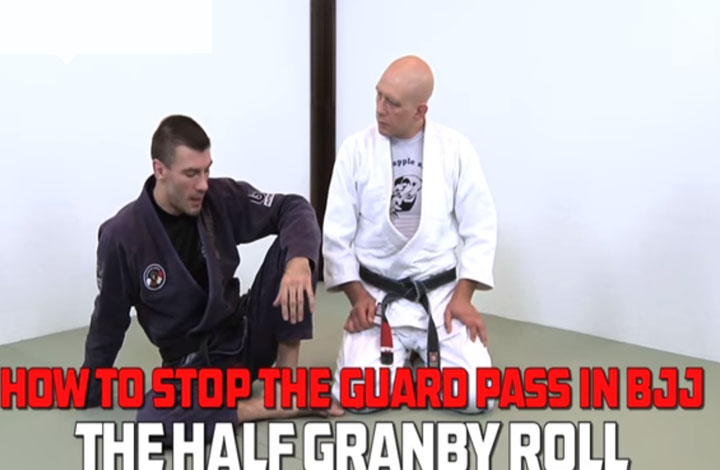 One of the ways to stop a guard pass is a Half Granby Roll. Bow Half Granby stems from Granby roll which originated in Granby High School in Norfolk, Virginia where it was popularized by hall of fame wrestling coach Billy Martin.

And in the latest clip by Stephan Kesting and Rob Biernicki, they show how to utilize the Half Granby to Retain Guard which, as we all know is a crucial skill in bjj.

This technique is reliant upon framing the opponent in order to gain distance, protect the back and provide enough of a base to perform the half granby.

This type of a guard retention skill is useful when an opponent tries a variety of guard passes on you, some from standing and others while having a lower base. In many of these variations it’s of integral value to establish a grip as soon as we stop framing the opponent.

How advanced is this technique?

This skill is easy to learn and doesn’t require too much flexibility. Rob Biernicki suggests that as long as you can invert you can pull this move off – it’s more or less the same type of movement just with some torque.

Obviously half granby goes over the shoulder and not the neck so it would actually take even less flexibility. Rob goes on to claim he teaches this to all his whitebelts and thinks there’s no specific level of athleticism required.

Biernicki even teaches this technique to everyone in his intro class because he considers it integral. It can be considered fundamental.

You can watch the full video and some great demonstrations by Stephan Kesting and Rob Biernicki here: