How To Start In Self-Defense If You’re A Non-Fighter? 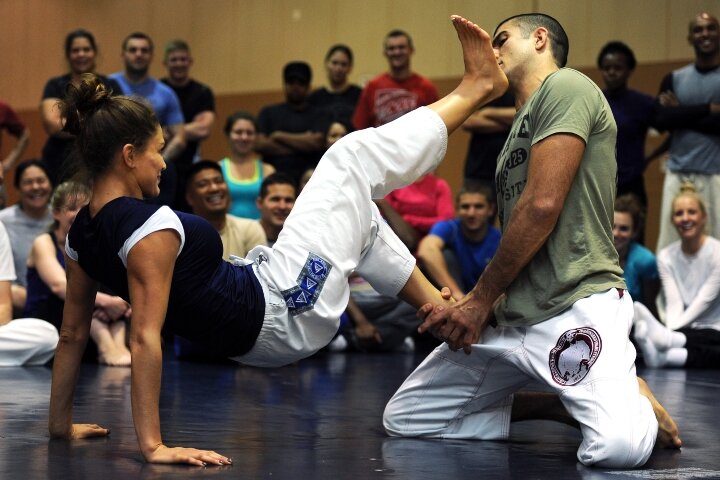 Let’s say that you’ve never fought in your life. That you don’t have any sort of a martial arts background… But that, nevertheless, you’re interested in learning self-defense.
How are you, as a non-fighter, supposed to go about this? Two BJJ black belts and special operators, Jocko Willink and Tim Kennedy, share their advice.

LEARNING SELF-DEFENSE AS A NON-FIGHTER

Kennedy says that you should, first of all, realize that you’re not a non-fighter. You have the ability to become a fighter, like every person does, so the first step is to stop telling yourself this story.

Secondly, understand that anything is better than nothing. It’s much more important that you actually start training some sort of a martial art/combat sport, than finding the “right” one. Just get moving; though, as Kennedy emphasizes, one of the traditional martial arts – boxing, Muay Thai, wrestling, BJJ, and similar – is probably your best choice.

Jocko builds on top of Tim’s argument, saying that he always emphasizes Jiu-Jitsu as the best first martial art to learn. For, in the vast majority of self-defense situations, you can run away; but if someone grabs a hold of you, you need to know some grappling.
Also, learn how to box. So you know the basics of striking… And after that, advises Jocko, dive into something like Muay Thai and wrestling.

Watch the full conversation between the two, about learning self-defense as a non-fighter, below: