How To Set Up The Mounted Triangle Like Khabib Nurmagomedov 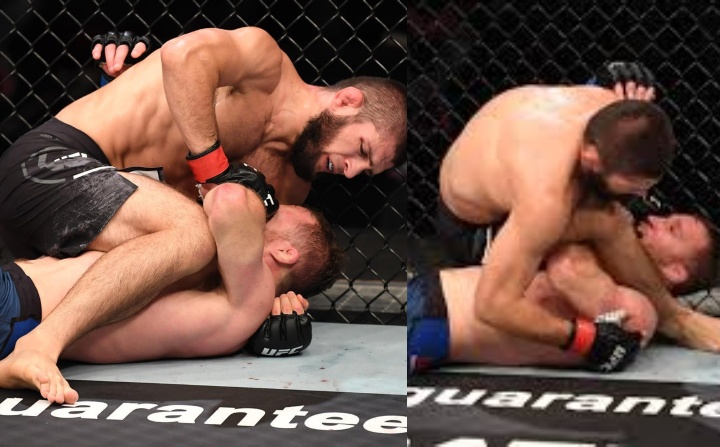 Khabib Nurmagomedov applied a beautiful triangle from mount on Judtin Gaethje in their UFC bout which Rener and Eve Gracie show you how to set up:

In this video, 2019 ADCC silver medalist shows a very sneaky set up for the mounted triangle. He has a very interesting way of pinning the arm.