How To Roll With Higher Belts That Make You feel Powerless 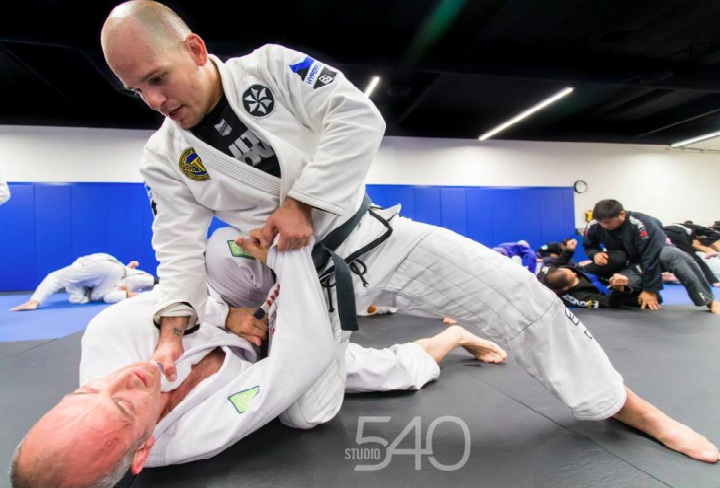 Have you ever felt scared of rolling with higher belts, because your mind goes blank and you feel completely powerless?

I understand that feeling. It can be frustrating. It can be depressing. Depending on your personality, you might even feel that you’re wasting their time.

But, no, you are not wasting their time. They probably test their new techniques on you and appreciate your “contribution”.

Wait, did I just scare you even more? Maybe…

My intention here is, though, to offer you a suggestion.

A better approach to rolling with higher belts so you won’t feel scared of rolling with them… and so you can get the most out of each roll… rather than just being their guinea pig.

My suggestion is simple:

Instead of trying some random moves just to find out you can’t make them work against your higher belt training partners, getting dominated, and feeling discouraged…

Focus on defending yourself.

In other words, use each roll with higher belts to sharpen your defense skills.

By specifically deciding to work on improving your defense skills, you will be able to set specific goals easily. And even if you get dominated badly, you can still achieve your specific goals and feel a sense of progress.

For example, if your brown belt training partner Petra passes you every time you play your favorite guard… let’s say 6 times at least, your goal is to defend it at least once and bring that number down to 5. And then all the way to 0.

(Instead of counting the number of blocked guard passing attempts, you could also try to keep your guard for a minute, and then for two minutes, and so on.)

Or if your black belt instructor Samuel sweeps you every time you try to go for a pass, notice that you’re probably not in a good position to initiate guard passing in the first place.

Ask yourself: Does he have strong grips on you? Is he controlling your posture? Is your base stable?

Just because you’re on your feet, it doesn’t mean you have to go for guard passing straight away. In fact, you need to establish a secure, dominant position first for the most part.

If you get caught with the same techniques over and over… ask your higher belt training partners about how they do these techniques and how you can stop them. It’s pretty straightforward, isn’t it?

Provided that you ask them nicely, I believe most of them are happy to help you. In fact, it’s better for them if you get better at defending their moves, because they will have to sharpen their techniques as well. So, it’s a win-win situation for both parties.

Sparring is a very important and valuable tool in learning Brazilian Jiu Jitsu. As a BJJ beginner, you might feel discouraged every time higher belt beats you, but notice it’s completely normal. You will have to practice your techniques over and over.

The good news is that you can choose to turn each roll into a great learning opportunity, and use your higher belt training partners to sharpen your defense skills.

At the next sparring session and the one after that session… and so on and on, focus on defending yourself and make sure to congratulate yourself every time you manage to defend yourself a bit more than the last time.

With this attitude, you will stop being scared of rolling with higher belts and start getting the most out of each roll.