How To Line Up in the Dojo and Why 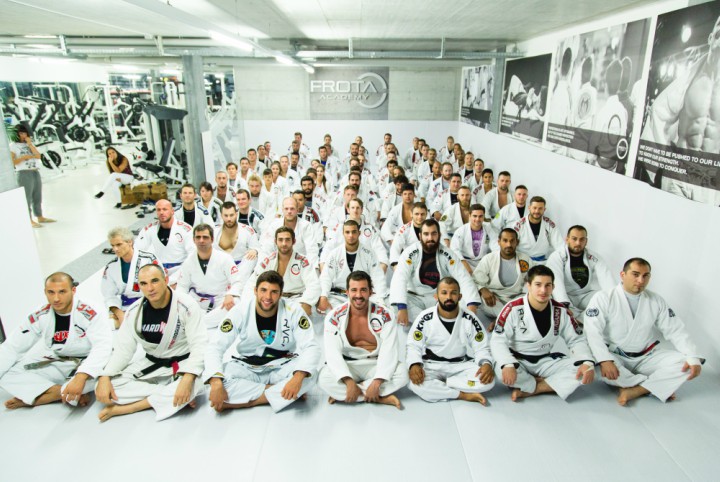 Guest post by Brandon Hetzler  who is a Gracie Jiu-Jitsu black bet under Rickson & Kron Gracie, and creator of Jugoshin Ryu JuJutsu.

How to line up in the dojo and why:

The lower rank deshi (students) sit near the main entrance (shimoza) to quickly deal with any intruders and to protect the dojo and Sensei. The higher rank holders sit away from the main entrance (Joseki or shomen) This positioning is to protect the highest person in the dojo. As you can see in the picture, the head Sensei is furthest from the entrance and protected by deshi (shimoza) and Senpai or Sensei (located on Joseki side). This is how ancient warriors used to sit and it is also used in the current Japanese society as well. Everything has a reason in Japanese culture and Japanese Martial arts.
The major parts of the dojo
Shomen
This refers to the front of the dojo, the main wall. When possible it should face the main door, with no doors or fixtures along it. Ideally, it would also have no windows, but this is not always possible. This is where students bow when entering the dojo and at the beginning of class. The Kamidana and or portraits of sensei that have passed on, marking the lineage of the dojo are displayed on shomen. Bowing to the shomen when entering the dojo is as much a sign of respect for those that have gone before us as a mere act of etiquette. 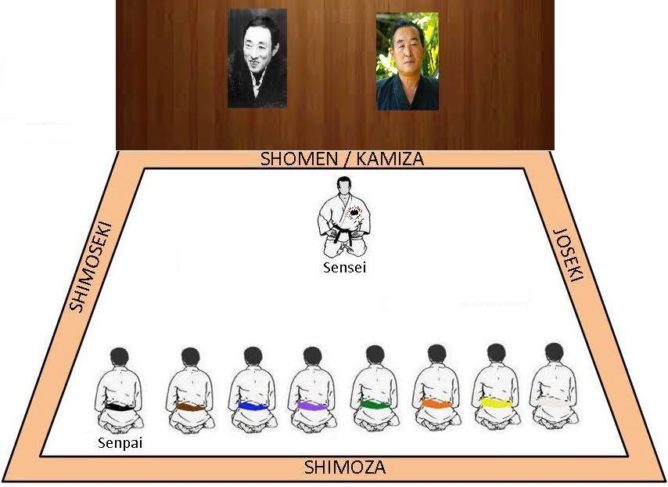 Joseki
Meaning upper side or upper seat, it is the wall to the right of the shomen when facing it. This area of the dojo is where the more senior students bow in, as well as the instructors. It is reserved for their use and is not a place for lower ranks to loiter.
Shimoseki (we do not use this)
Opposite of the Joseki is the Shimoseki, or lower seat. Lower ranked students bow in on this side of the dojo. 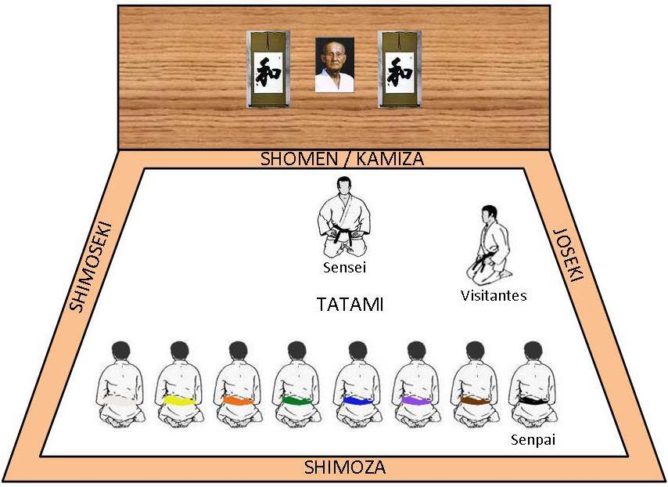 Shimoza
The back of the dojo, ideally where students enter. During instruction, this is where students observe from, facing the Kamiza. If there is a place set aside for observers, this is properly where it belongs.There is also a key factor to determine the lower position (shimoza). It is located near the entrance or a door. It is interesting why the Japanese consider a door a lower position. It came from the samurai era that an area near a door was considered less safe as you will face an intruder there, thus it is a lower position. 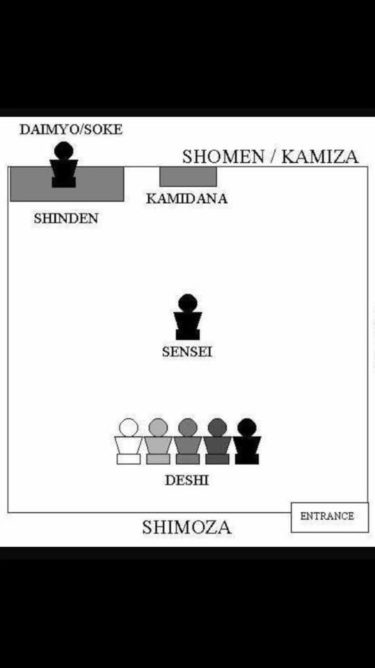 Embujo/Keikojo
The middle of the dojo where practice takes place. This can be considered the meeting place of all the ranks.
Genkan
The foyer, where you enter the dojo and remove your shoes.
Jugoshin Ryu jujutsu