How to Improve in Wrestling as a BJJ Newcomer 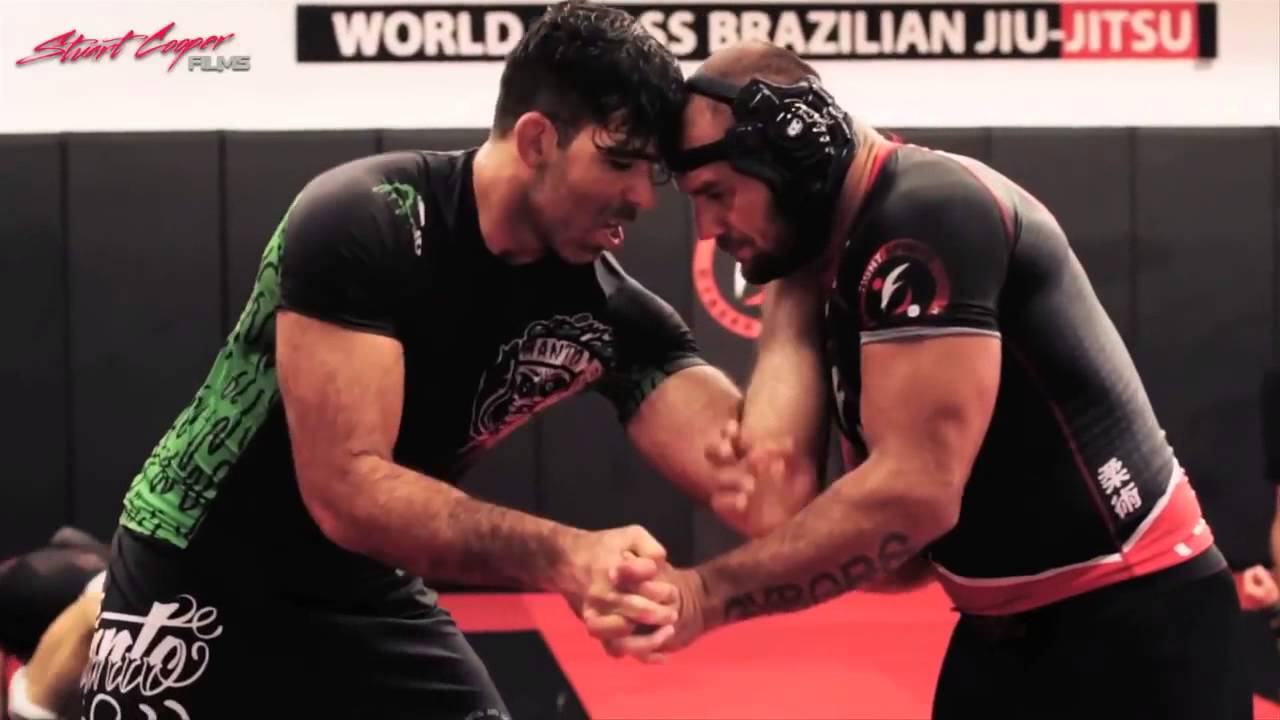 For the latecomers to BJJ and grappling in general, one aspect of the sport can sometimes prove itself to be even more difficult to understand and do well than jiu jitsu: wrestling.
Most of the times, this is due to the lack of consistent wrestling practice and focus on the stand-up game, as well as due to the fear that often comes with the notion of being taken down. So, what can a jiujiteiro do then in order to skyrocket his or her wrestling skills?

The first thing to be done is to neutralize fear: fear is the factor that hinders us from doing anything with full heart and absolute dedication. It makes us freeze and neutralizes good performance. Therefore, it needs to be handled first.

The fear in wrestling usually comes down to being afraid of falling down and getting injured. And the best way to start getting over it is to:
1. Have a drilling partner that knows how to wrestle, or your coach, take you down in a safe manner, over and over, through several training sessions;
2. Practice break falls over and over again as well.

Through introducing these two methods in your training regimen, you will slowly start building resilience, now courageously and enthusiastically going to your wrestling practice.

2) ASK FOR MORE WRESTLING PRACTICE FROM YOUR COACH

Now that you’ve gotten fear out of the way, it is time to train and practice more. The lack of skill more often than not comes down to not spending enough time and not putting in enough repetition towards the development of the skill. So, what needs to be done is quite clear: practice more.

Yes, in order to develop more, sometimes an additional investment (either in actual money or in time) is worth it. With the rise of jiu jitsu practitioners watching instructionals and videos on each and every position and technique out there, it would seem that is the case with wrestling material as well.

Sadly enough, this is not the case. Wrestling is almost always the last thing a jiujiteiro puts additional effort in, which makes no sense since wrestling is a truly unavoidable and important aspect of every competitive BJJ match.
Therefore, it is of crucial importance to put in additional hours into learning about wrestling. In the same fashion that you would watch hours of instructionals on triangles in one sitting, don’t underestimate the power of takedowns. As a specific goal, aim to put in at least one hour of analyzing and learning from wrestling footage for each of the three hour periods you spend watching other instructionals.