How To Get Over Fear Of Getting Injured Again In Brazilian Jiu-Jitsu? 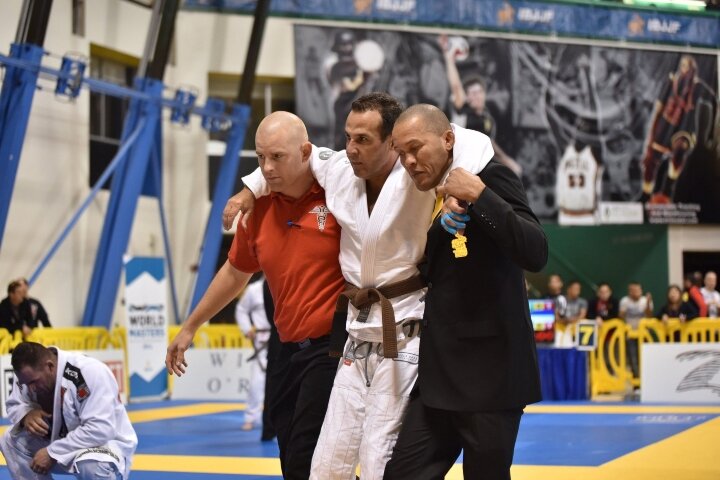 Brazilian Jiu-Jitsu is a martial art – and, as such, it carries a risk of injuries. There’s no denying that, no matter how much you’d like to; for, despite it being much more forgiving on the health than some other martial arts are (like boxing), stuff can still pop and break. So, what if you’ve gotten injured badly… And now that you’ve recovered, you’re supposed to come back to training?
How do you get over the fear of getting injured again in this scenario? Nick “Chewy” Albin explains.

GETTING OVER THE FEAR OF GETTING INJURED AGAIN

Chewy tells a story of how he, back in 2014, got his nose broken in a freak accident during training. Then, some time after that, he was supposed to come back to rolling… But he just couldn’t bring himself to do it.
He’d teach classes, he’d roll, but he was anxious about sparring. And for good reason, partly, because he didn’t want to get reinjured.

However, he understood that being anxious about something which happens very seldomly is an “overkill”. For, there’s an extremely low chance for this sort of an injury (and, very likely, for yours as well) to happen again.
Also, he approached this anxiousness intelligently. He started rolling with the more experienced training partners first, the ones he was sure that they wouldn’t injure him again; and then he slowly expanded the number of training partners to roll with, as well as his rolling pace.

In other words, you need to tackle your problem incrementally. Chewy explains more on the video below: