How To Defend Against The Infamous Buggy Choke 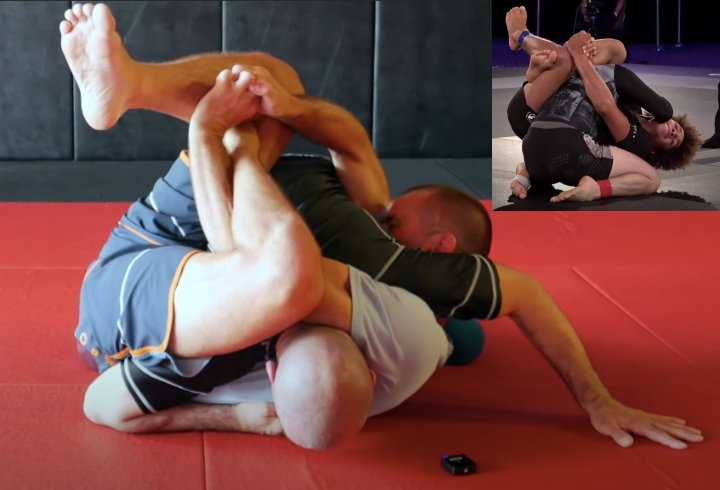 Buggy choke has turned quite a few eyebrows since videos of it first surfaced a few years ago.

Tony Pacenski who is a Jiu-Jitsu black belt under Rodrigo Medeiros (BJJ Revolution Team). He runs his academy Soulfight and the excellent website BJJonline.net . He was amazed by this choke and tells the story:

“A choke you never saw before will be the next big thing, and best of all it was developed by a white belt. Spread the word. The choke is called the Buggy Choke; there are 3 variations. It was developed by a white belt named Austin Hart from Ralph Gracie’s Team in Northern CA. He came out to Florida to do Rose Gracie’s event; however, it was cancelled due to the Hurricane. Rose called me to take care of him. He is a nice guy and caught a couple blue belts with his buggy choke and one brown belt visiting from LA. The choke may not be for everyone, but it is very tricky.”

Here is the buggy choke:

Kade Ruotolo submitted his opponent with a Buggy Choke last weekend at the WNO tournament. As it gets more and more popular, there’s a high likelihood of you being in the receiving end of this technique in the near future in training or in competition. There is no better time than now to start practicing some defenses against the buggy choke.

Don’t be another victim of the Buggy Choke, learn how to defend against it today: