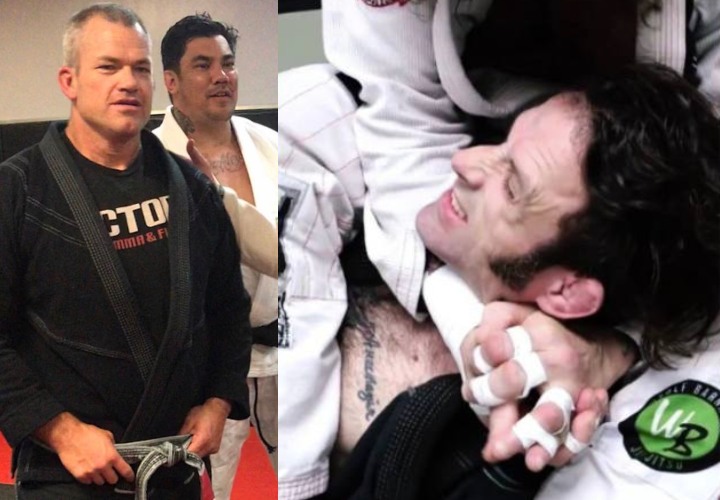 Nobody likes to be submitted in training or in competition, but there is a famous saying “There is no losing in Jiu-Jitsu, you either win or you learn”.

Jocko Willink gives some good advice on how to positively react the fact of losing in Jiu-Jitsu. He shares some things that can help you deal with some of the ego bruising which you can fee in losing competition matches and getting tapped in training.

What happens in training doesn’t matter, but if you are being truthful it bothers the hell out of you getting caught by people when you are a white, blue and purple belt.

Have a clinical approach to Jiu-Jitsu. If someone tapped you, they did you a favor because they exposed a flaw in your technique and it’s something you can work on to fix.
Channel that into something productive. Use that energy to study footage, to go to the gym the next day, drill harder, and do the things you need to do to solve that problem.

Here are some motivating quotes from the Miyao brothers:

– Nothing is impossible. Life is hard for the lazy.

– The law is to train , train, train – until the lamb becomes a lion .

– Never let anyone tell you cannot do something . If you have a dream, go after it. There are people who cannot win and say that you also will not win. If you want something, go after it.

– The only thing that stands between a man and what he wants in life is merely the will to try and the faith to believe that it is possible.