How To Counter & Escape the Dangerous Muay Thai Clinch 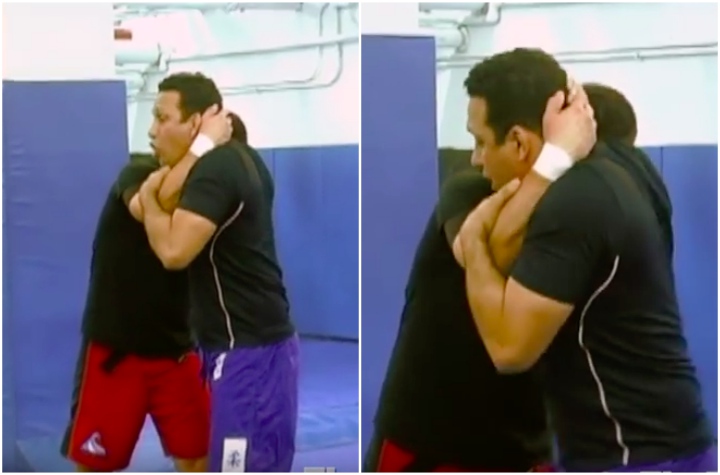 Clinch fighting is the part of stand-up fighting where the combatants are grappling in a clinch, typically using clinch holds. Clinching the opponent can be used to eliminate the opponent’s effective usage of some kicks, punches, and mêlée weapons. The clinch can also be used as a medium to switch from stand-up fighting to ground fighting by using takedowns, throws or sweeps.

In Muay Thai, the double collar tie is used to control an opponent while kneeing to the head or midsection, and stomps are used in some mixed martial arts competitions to kick the feet of the opponent.

In BJJ/Grappling, you rarely see a Muay Thai type clinch but if it is done by a Muay Thai Pro with Wrestling experience, you are NOT getting out…

Of course, there are always to prevent and defend it.

How to defend yourself against the enormously effective Thai clinch and then turn it into some takedown opportunities. It can be done but it needs some though otherwise you are going to eat some elbows or knees and that’s not going to be good.

Renzo Gracie shows an excellent counter to the Thai Clinch: