How To Choose The Perfect Gi for Brazilian Jiu-Jitsu? 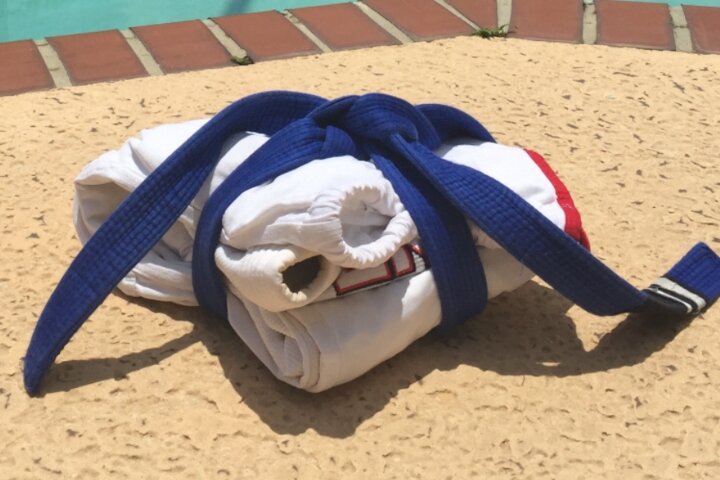 As far as the pants of your gi are considered, you want their ends to be at around the end of your shin bones, just before your ankles. You don’t want them to be too long (i.e. covering your entire ankle and your foot as well), because that will not just hinder your ability to move; it will also give your opponents more space for establishing a super strong grip.
But your pants also shouldn’t be too short, as it’s unfair to your training partners and as you will not be allowed to compete.

In so far as your waist is considered, after you pull the strings on your pants you should feel that they’re fitting nicely around it. Again, this area shouldn’t be baggy either, so be careful with that as well.

There are two measurements that are important for BJJ competition when it comes to your gi top. The first one is whether or not there is enough space between your wrist and your sleeve; if the space between the two is too tight, you’re not going to be allowed to step on the competition mats.
The second measurement is done when you stretch out your arms to the side. In this case, the officials will check if your sleeves remain in line with your wrists. If they recede back too much to your elbows, you’ll probably encounter a problem.