How To Apply Kuzushi In Brazilian Jiu-Jitsu 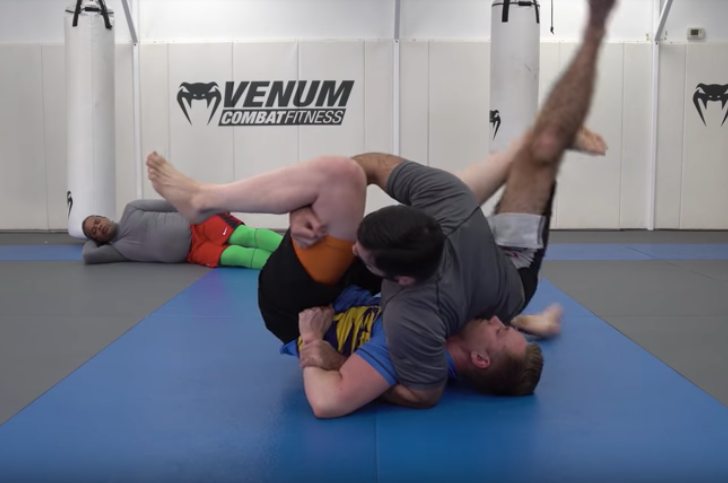 Perhaps one of the most nuanced aspects of BJJ is the concept of kuzushi or unbalancing an opponent. This is a highly important aspect of grappling and is the starting point to many attacking sequences you see in competition.

To define it, it is a technique that enables you to disrupt your opponent’s balance while applying a small force. It is a concept used in many martial arts, both hand to hand and weapons based, especially those originating from Japan. Today we’ll talk about the importance of kuzushi in Brazilian Jiu-Jitsu.

Making sure that you first unbalance an opponent before even attempting any form of attack is the key to a strong offense. Applying kuzushi is the first step in ensuring that your attack has any chance of working. Think about it this way, even a basic sweep like the scissor sweep can be incredibly difficult to pull off if you don’t load your opponent’s weight (kuzushi) on your knee. This means that the more you use kuzushi, the easier it is to apply your techniques in live sparring and competitions.

This video by Stephan Kesting and Rob Biernacki expertly demonstrates the different types of kuzushi you can do from the guard. Knowing the key principles in these types will give you the framework for off-balancing your opponent. Understand that the key to good kuzushi is to be adaptable to your entries and not be dogmatic on every step of your approach.

They define the 3 types as:

Hanging or swinging kuzushi is when you hang your weight on your opponent and use a swinging-type motion to break the balance. A typical example of this type of kuzushi is the collar drag. You start by establishing a collar grip on your opponent. You then scoot to a side while pulling on the collar to break posture. You should create attacking opportunities if you do this correctly.

Blocking or pushing kuzushi is where you block your opponent’s leg as you push to create an unbalancing effect. One of the most common techniques of this type is Marcelo Garcia‘s idiot or dummy sweep.

This is a timing-based technique and is done against a standing opponent while you are in seated guard. Use your double hooks (like the one you use in butterfly guard) to block behind your opponent’s ankles. From here, push their knees and work on passing the guard as they fall to the mat. While it is not always a guaranteed sweep, the kuzushi created by the dummy sweep is enough to make many grapplers cautious against it.

Your grip strategy is standard fare; you grab the collar using a palm-up grip. Make sure to get a deep hold so that there’s no slack when you pull the collar. Also, secure a sleeve grip on the other side as you’d typically do.

It is important to note that you should use your kuzushi techniques alongside each other for maximum effect. Sometimes, it is not enough to just rely on your legs to break your opponent down; this is especially true if you are rolling with bigger and stronger opponents and training partners.

Always use your grips to drag your opponent down as well. Remember that off-balancing is not as easy as it sounds – your opponent will undoubtedly fight to keep their balance. This means that once you do break them down, do whatever it takes to keep the posture broken.

Working on unbalancing an opponent may not come naturally, and that is okay. You can always drill kuzushi techniques, both independently and as part of a sequence of moves. What’s important is to understand that it is an integral part of your attacking game, so always find time to include this in your training. One of the many benefits of drilling is that it helps you internalize the move you are practicing. Drilling trains your body to automatically respond to stimuli, thus making your moves faster and almost without thought.

Try drilling these techniques with a non-resisting opponent for the first few attempts. Focus on keeping your legs tight and your grips secure. Once you get the hang of the basics, you may proceed with adding resistance so that you’ll get used to common reactions depending on the off-balancing technique.

Kuzushi is indeed a necessary ingredient in an effective BJJ game. The great thing about kuzushi is that it does not require unique attributes; practically anyone can and should work on using kuzushi every chance they get. All you need to do is to always be mindful that there’s always an opportunity to off-balance your opponent as you move from one position to the next. Make it a point to be as annoying with this as possible. You’ll see that it will make your opponents hesitate to attack!