How Should You Roll With An Overly Aggressive White Belt? 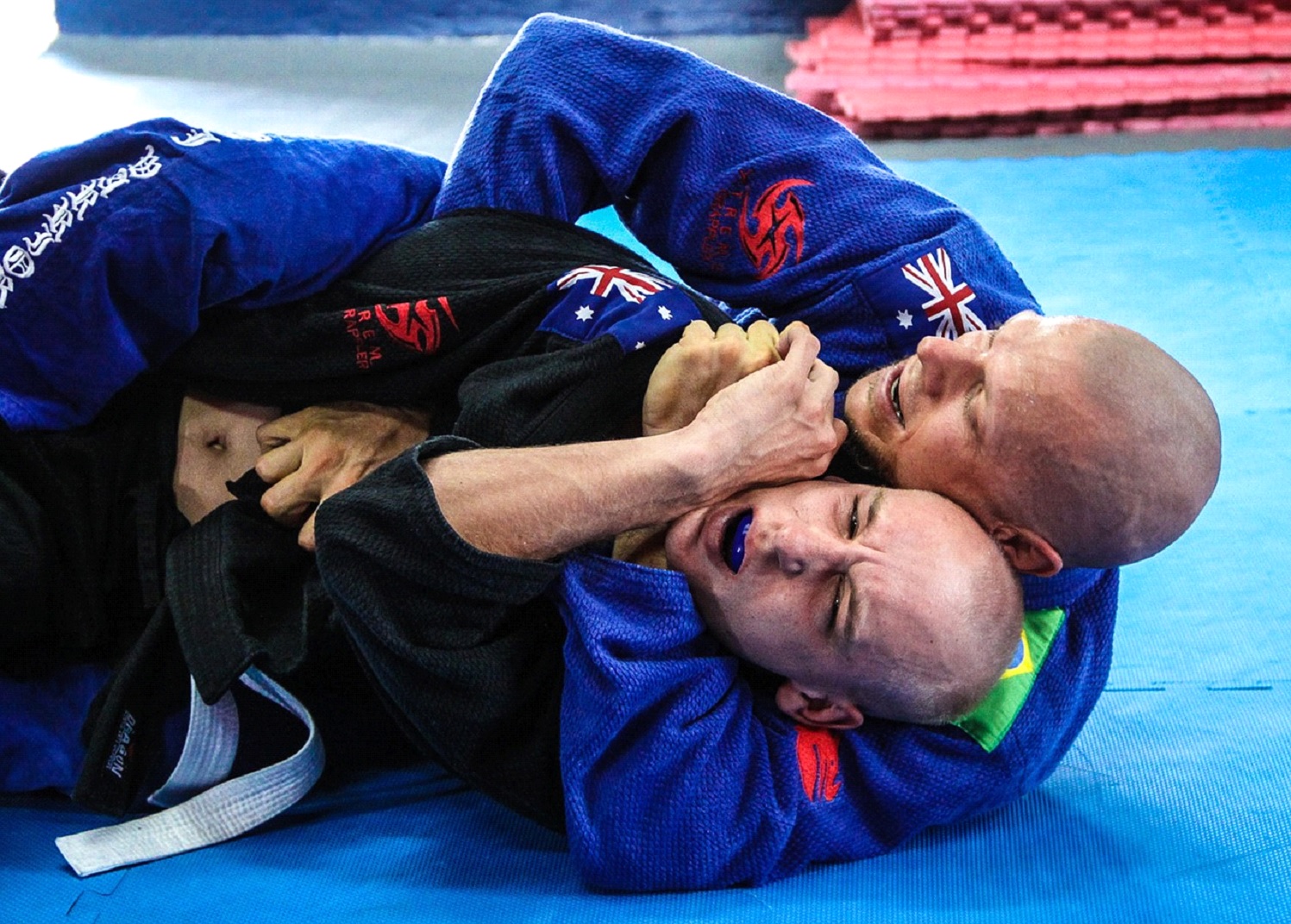 Every BJJ academy has one, if at least from time to time – that overly aggressive white belt, whose life’s mission seems to be to go ultra-hard with everyone, 110% of the time. Sure, he’s just starting out and he seems like a good lad… But how are you supposed to roll with him (or her)?
Here are some useful tips that will help you roll with this person, in the most effective and safe manner possible.

SHIFT OF PERSPECTIVE: AS CLOSE TO A STREET FIGHT AS POSSIBLE

Firstly, you should try to shift your perspective from the: „Oh this guy is so annoying, he’s going to hurt me, what’s wrong with him“, to the one of: „Hey, this is as close to using BJJ in a street fight as I’ll (hopefully) get! It’s my chance to see how well my BJJ fares against untrained, aggressive opponents!“

Basically, your training partner doesn’t know what he’s doing and just wants to beat you – like a vast majority of untrained individuals would do in a street fight scenario. This is a grand opportunity for you to see how good your Jiu-Jitsu is against them.

DON’T ROLL WITH THEM AT ALL

Of course, if you’re genuinely afraid that there’s too big of a chance of sustaining an injury when rolling with this white belt, you can always decline rolling with them.
Nobody is forcing you to roll with anyone. You can politely pass on the opportunity, until they learn how to calm down.

LET THEM PASS YOUR GUARD…

… And then work on your escapes and get an advantageous position against them. Lots of aggressive and spazzy white belts become really hectic when it comes to passing the guard. Due to rushing it, they could get you injured via dropping their weight on top of you without control.

So, the safest and most productive thing you could probably do here is to let them pass your guard. And then work your escapes against them, gaining a positional advantage.

If they’re especially aggressive and just don’t want to calm down… Then, once you get positional advantage against them, proceed to tire them out.
For example, if you have Closed Guard, get a hold of that collar and don’t let them posture up. In Side Control, don’t let them move an inch; while also applying a (gentle) Crossface. Knee On Belly them, as a means to showcase their need for technique in really bad situations, without actually hurting them.

There are loads of different options out there. But the main point is that your objective is to drain their energy, by reinforcing a position that they can escape from only by calming down and using proper technique.

Sometimes you’ll want to go a bit rougher with that white belt, because you want to teach them a lesson. But here’s the point: never get even close to the border of overextending a submission.

Why? Because even if you, yourself, know your limits and won’t overextend, that white belt probably doesn’t know what’s going on – nor how to escape it! So, if you’re really close to finishing an Armbar and they react by exploding into the opposite side… You won’t have time to react, and they’ll injure themselves.
Always be more cautious than you think you should be.

TALK TO THE WHITE BELT

And finally, the all-important and all-encompassing tip: talk. Let that overly aggressive white belt know what’s happening before your next roll; he may just not know that he’s making a mistake! And he may roll better than expected the very next time.