How Safe Is It For Foreigners To Train Jiu-Jitsu in Brazil? 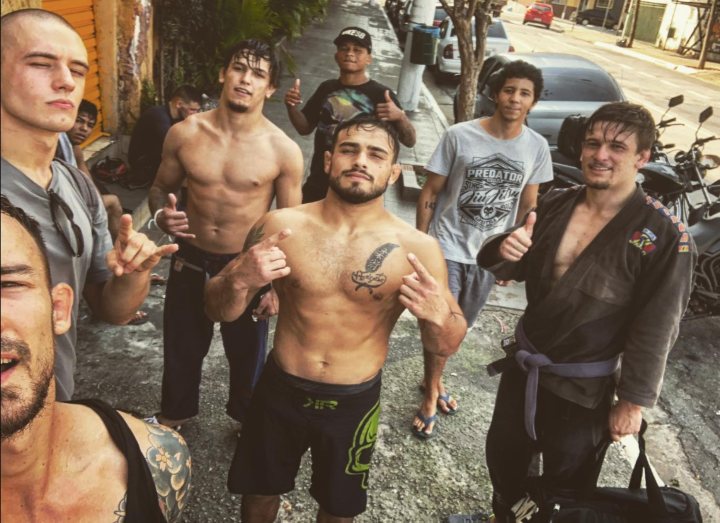 Written by Daniel De Groot (Check out his Youtube channel)

Safety is one of the most common reasons I’ve heard people don’t want to go to Brazil.

I’m as blond and blue eyed as a gringo can get, but yet I’ve never been robbed, shot, stabbed or got my ass kicked in Brazil. No wait, I did get my ass kicked. But only on the jiu jitsu mat.

In this post I’ll tell you exactly how dangerous Brazil is, how you can stay safe and avoid any trouble, and finally what to do when you do actually get robbed.

Be aware of your surroundings

Keep an eye on the area. Deserted streets are bad, groups of people too. Cross the street if you see something you don’t trust. The main thing is to always pay attention to what is happening around you. If you don’t trust it, take a different street. The earlier you notice anything sketchy, the better you can deal with it.

Practically that means to if you need cash, go to an actual bank instead of an ATM. And go during opening hours. Don’t walk on beaches at nighttime. Don’t walk through abandoned streets like I did. After going out take an uber to get back home. Basic stuff, but following these rules even a gringo as blond as I can stay in Brazil for months on end without getting robbed.

Go with the locals

If you’re new in town it’s best to do your city exploring with people from the area. Brazilians are very hospitable and usually take pride in showing you their city. That way you’ll learn which areas are safe and which aren’t. It’s hard to figure out by just looking at Google maps where you might run into bad situations. Your teammates will also gladly tell you which areas to avoid.

The more adventurous souls reading this will, of course, want to visit the legendary favelas. Where champions are made. When exploring these areas going with a local is a MUST! I’ve been to several and have always been received with open arms.  Most favelas are filled with friendly people and they have some very tough jiu jitsu gyms. But I always went with people from that favela. Please don’t go wandering in one by yourself.

What if you DO get robbed?

Remember that the robber is looking after money, not after hurting you. But in the unlikely case you get robbed, please remember you’re not invincible because your train jiu jitsu. Many robbers are armed and it’s not worth risking your life over your phone and wallet. Move slowly and give the robber what he wants.

To find out which spots to go to (and also, which places to avoid!) check out my free e-book: Brazil’s Best Places