How Often Should You Roll to Win & Roll to Learn in BJJ Training? 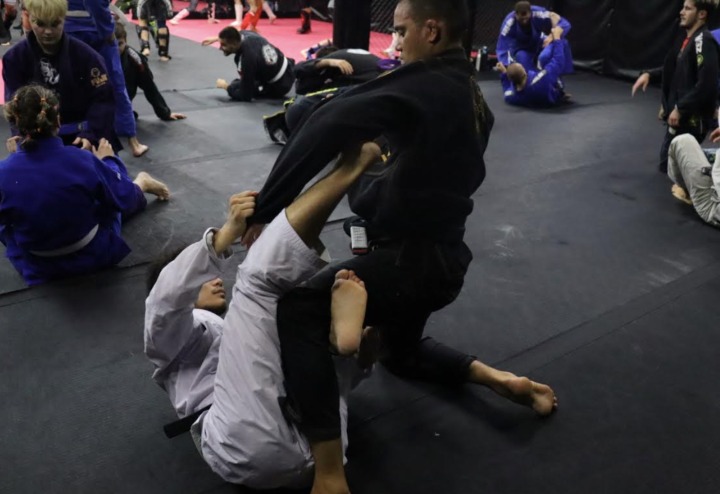 Out of all the training aspects that come along with practicing BJJ, not many can top the feeling of just hard rolling and going balls to the wall to defeat your opponent. It’s challenging, exhausting, technical and raw, but it is not always a sound strategy to roll for solely for the win. You should also be logging in hours of rolling to learn as well. And yes you can learn in just about every grappling scenario, even if you are purely rolling for the win, but there are some differences, and deviating from your natural instinct can bring your BJJ game to the another level.

Example number one, you are training against a strong top player who has a north south control that you simply can not escape. So every time you are paired up with him, you fight to get top position and avoid his north south at all costs. That is a great strategy to win, avoid their strengths and bring them into yours, however, what didn’t happen in this scenario was you taking advantage of the situation to train and work from a position that has you stuck, baffled and frustrated. A missed opportunity to work through this sticking point equals no growth.

Example number two is a personal experience. When I was a purple belt years ago, there were some training partners who were able to hold me in bottom side control for 10-20 minutes at a time. One of them had a wrestling background which helped him tremendously, and the other was just an athletic beast who caught on to the art at a rapid pace. Both were lower belts then me so the frustration at first was insane. But, instead of letting my ego dictate my training, I started every roll with them from bottom side control for three months. Not only was a able to get out of their top game by then, but after those long months of fighting for every inch, I competed at the Las Vegas International IBJJF Open. I made it to the finals and in the first minute of the match I slipped on a takedown attempt and was put in bottom side control. I not only was able to escape that horrible position, but I did it in less then three seconds! I was able to bring the opponent into my game and I won the tournament. A big factor in that win was working on my weakness and not avoiding them in training.

I personally think that every training partner presents a challenge to you. Maybe not necessarily a straight win lose scenario, but in micro aspects. You might be able to tap this lower belt with arm bars all day long, but why can’t you seem to get him with a triangle from bottom guard. Or maybe you mount your opponent and are able to defeat him at will, but you have such a hard time passing his spider guard. If your goal is to get better, then the majority of your rolls should be you playing to your training partners strengths, until they are no longer strengths against you. This type of training will bring you to another level. This is exactly what Rickson Gracie did for decades. Positional training with bad scenario training over and over again. When it’s time to compete or it’s a real fight situation, then at all costs stay in a strong dominant position and play your A game, but otherwise, 80% of the time, try the “this sucks” approach. Now go train.