How Grapplers Should Approach Strength and Conditioning 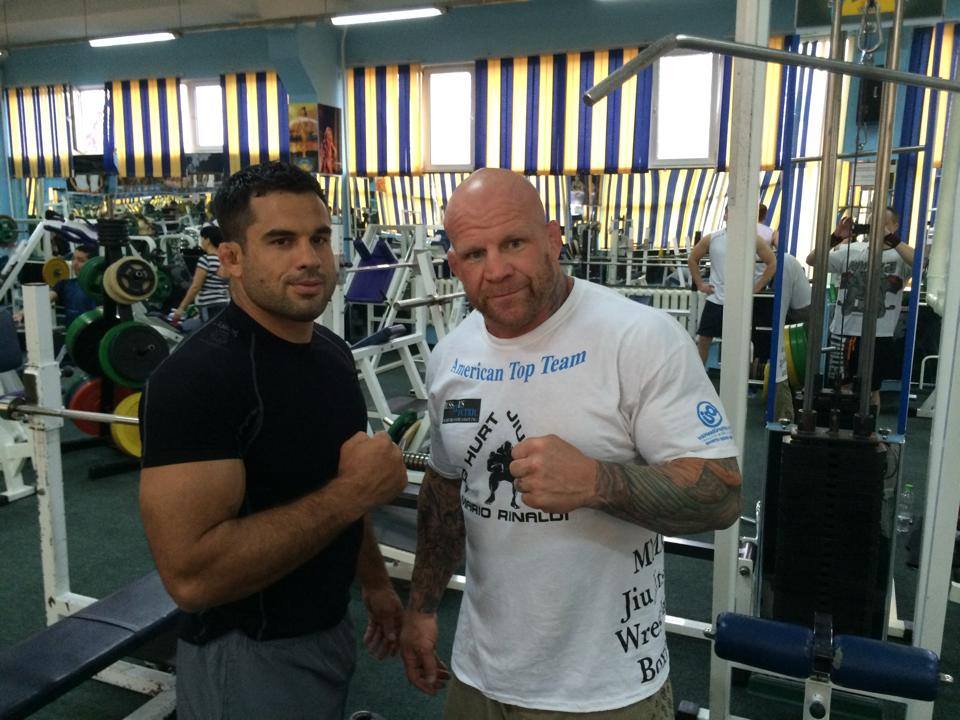 Unlike the striking arts such as boxing, kick boxing or Muay Thai where practitioners exert a direct force over their opponents to score a knockout, the grappling arts are more about manipulating your opponents force to score a takedown or win a submission.

In the striking arts such as the sweet science of boxing, the goal is to exert devastating force by mastering technique and creating a good snap in your punches. Force in the punch is generated in the legs and is transferred to the hips, back, shoulders and finally through the arms to the opponent. There is no manipulation of momentum, only methods to evade, block and counter. However, in contrast, grappling involves the manipulation of momentum and the ability to use the right leverage at the right time and at the right place. For instance, the central principle of kuzushi in Judo is about learning not just to unbalance your opponent but to get him into a position where is stability is utterly compromised, so that he is unable to counter attack.

These and other differences between the striking and grappling arts dictate differing approaches to training. Although there is some overlap between the muscles that are used across both disciplines, the manner in which they are engaged and the extent to which they are fatigued varies. Here are a few key points which are central to proper strength and conditioning training for grapplers.

Being able to manipulate or take advantage of your opponent’s actions and movements demands an understanding of learning when to push when pulled and pull when pushed. And, becoming a skillfull and powerful grappler requires training in both push movements as well as pull movements. However, given that pull movements tend to build greater grip strength as well as help counteract most bodily imbalances in musculature found these days due to sedentary lifestyles, I tend to place a greater emphasis on pull exercises in my training.
So, for instance, an ideal training program would generally consist of 1 push exercise along with 2 pull exercises. So if I were to schedule in a day of power lifting for my students, I would draw up a workout consisting of 4-5 sets of low reps for the bench press, accompanied by the same number of sets/reps of the squat and bent over row or deadlift.

Olympic lifting is a great platform for building explosive and dynamic strength in the entire body which can be extremely useful in a lot of grappling situations. Lifts such as the Front squat (and other variations), deadlift (with different variations), clean, clean and jerk, and the snatch are very effective exercises that build a great foundation for not only wrestling, but also judo and BJJ.

Along with explosive ability, to become an effective and efficient grappler, one also need to be agile and flexible in the body. One such effective method to enhance flexibility and agility on the mat is to practice yoga.
Here are some of the ways in which yoga can benefit your grappling:

-Improved breathing habits, which will make you more efficient with your energy under pressure.
-Greater body control and therefore greater postural integrity on the mat
-Increased ability to execute throws and submission
-Greater resistance to discomfort due to enhanced flexibility
-Quicker and smoother reactions
-Enhanced awareness and therefore greater ability to judge an opponent’s behavior and respond appropriately

Grappling is both aerobic as well as anaerobic. While it may start out as anaerobic activity, as the pace of the match or roll slows down gradually, it quickly becomes an aerobic battle. This is why it is important for a practitioner to spend time mimicking the momentum of a bout by training in both ends of the spectrum as well as in between.

As an example, Nick and Nate Diaz’s triathlon training, mixing in long swims, with outdoor cycling or indoor spin biking  and running is a great format to build endurance and strength for the BJJ tournaments as well as MMA.

Here are some effective tools that are designed to build strength, agility and flexibility for grapplers:

-A barbell with squat stand or power rack
-Kettle bells build strength and endurance
-The Bulgarian bag helps mimic grappling technique while strengthening the grip and improving mobility and strength
-Pull-up and rope are greater for building the muscles of the back, core and arms and,
-Farmer’s walk bars are superb for developing the muscles of the shoulders, core, legs, arms and forearms.