How Dangerous Is Being Choked Out? Plus The Difference Between Strangle and Chokehold 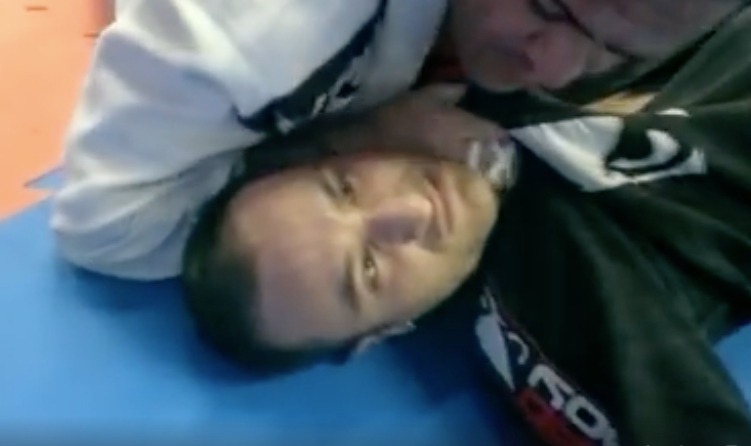 In brazilian jiu jitsu, much like in judo the utilization of chokes can lead to a competitor being rendered unconscious. When this happens it’s usually because the blood flow to the brain has been interrupted so the ref or whoever is closest will lift the legs of the unconscious person to stimulate blood flow.

So the question remains, how dangerous is it exactly when this happens? Are there long term consequences?

Interestingly using the gi for choking usually takes more time than using the bony structures of the wrist and forearm!

The following are some of the conclusions made based on their experiments with human subjects and animals:

Here’s what famed coach John Danaher had to say on difference between chokehold and strangle:

Stranglehold or chokehold? My long suffering students will attest that I often show a fastidiousness that can make me a rather unpleasant person to be around at times 😉😡😒 one mistake that is guaranteed to evoke a nasty reaction is the very common tendency for students of jiu jitsu to confuse strangleholds and chokes. It is of the greatest importance that students gain a deep understanding of the workings of the human body – this is an art – and your canvas is the human body – learn as much as you can about it and your jiu jitsu will improve. A choke refers to the act of obstructing the passage of air to the lungs. So for example, if you swallow food too clumsily, you can be choked. Strangulation refers to the very different action of restricting blood to the brain, usually by constricting the carotid arteries in the neck. Chokes can take up to several minutes to render a well conditioned person unconscious. Strangles will do the same in around ten seconds. Due to the fact that the airways are in close proximity to the carotid arteries, most strangleholds will also incidentally have a choking effect and vice versa – but always it is the intention of the jiu jitsu player to strangle, rather than choke, an opponent due to the much greater efficiency of the former. Therefore, it ought to be standard practice to refer to our attacks to the neck as strangles rather than chokes (and please avoid the nonsensical phrase “blood choke”) Here, young Nicky Ryan works on his strangles – a move he and his brother show great proficiency in, while his notoriously nit-picky and obsessive sensei looks on approvingly

One scientific study compared the effects of knock out in boxing to those of choking from judo – they established the 3 main dangers of choking:

This study shows the relevance of the neurophysiological assessment of athletes engaged in violent sports which can cause brain impairment. In fact, while professional boxers may show brain functional impairment in comparison to normal subjects, judoka do not. The lack of correlation between CBF values in boxers and the number of official matches points to the difficulty of taking into account variables, such as the number and the severity of matches during training.

You can read the excerpt of the study here.