How Can I Train a New BJJ Technique So That I Don’t Forget It? 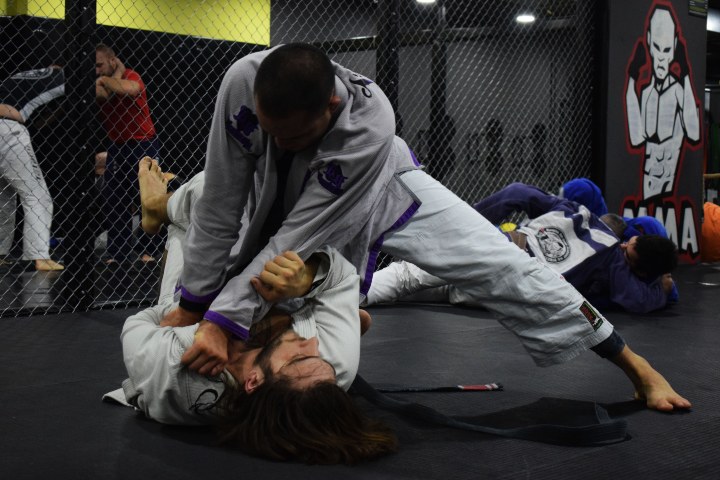 Oh, so many techniques! You know how it is: BJJ offers an enormous amount of sweeps, submissions and escapes to choose from, so much so that it’s truly a great treat to be at the class, to roll and to compete… But it’s also a very difficult thing to handle, as it can get quite difficult to get all of these techniques down and to remember how to do them properly.
Therefore, how should you approach a new technique – how should you train it, so that it „stays“ with you? So that you learn to do it in the best possible way? Stephan Kesting has a few great suggestions!

GET THE MECHANICS DOWN

Stephan starts off by saying that you first have to learn the mechanics of the technique – like the placement of your grips and your hands in general, the placement of your legs and feet, where your hips should shift towards, how to finish the technique… These are the steps which, although you’ll always be tweaking and improving them as you keep on training, you need to get right every time, says Stephan. With time, creative new additions can be developed, but foundations need to be built up first.

GET THE REPETITIONS IN

The second important thing is that you need to get your repetitions in for the particular technique, Stephan emphasizes. Too often, BJJ practitioners approach new techniques with a „cool move, let me try it a few times“ mentality – and then leave it at that, without approaching the technique with seriousness. And that seriousness, essentially, translates itself into practicing the move a lot.
Stephan goes on to explain that jiujiteiros may not need to get tens of thousands of reps for their techniques as, for example, judokas need to. Ground game, Stephan elaborates, offers more „slack“ in the performance of its moves than the standup game does. However, it’s still certainly the case that putting in at least hundreds of repetitions is one of the keys to „nailing“ a certain technique down. In other words – put in more repetitions!

USE THE TECHNIQUE WHILE ROLLING – THE RIGHT APPROACH

So, you’ve gotten the mechanics of the technique down and invested a decent amount of reps into it. But how do you translate that into sparring?
Stephan advises not doing it by immediately trying it on a more skilled training partner, and not even on a training partner that’s on the same skill level as you are! For, if you do it that way, you will find that your partners will most likely see your move coming and shut it down, leaving you feeling as if the technique isn’t good or that it isn’t meant for you.

And what’s the right approach, then? Stephan says that it’s to practice the technique on the least skilled training partners first – and then to move up the ranks as you get better and better.
In other words, you should start by practicing your technique with the „lightest, whitest white belt“ in your class first. Once you can hit the technique on them with ease, move up to the next, slightly better white belt – and then continue climbing up the ranks as you develop the technique more and more.
Stephan says that it’s also a great idea to force yourself to do the specific technique, not letting yourself do any other ones. This will lead to your training partners developing ways to make their own offence/defense better against your technique, which in turn gives you more of a challenge for improving it.

Watch the video below to hear more of Stephan Kesting’s advice!